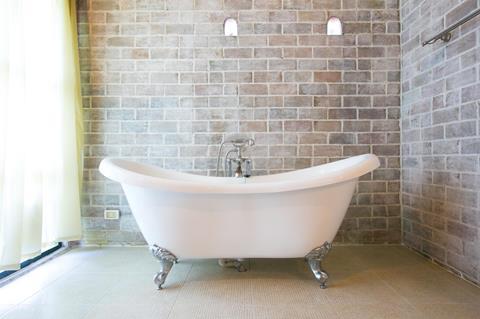 In Breaking Bad Walter White is a high school chemistry teacher who has a critical illness and needs to make cash for his family. He has turned drug maker, cooking-up ‘meth’ (methamphetamine) with Jesse, a local dealer. In a previous episode they found themselves in a tight spot with gangsters who forced them to make drugs. He improvised an experiment to gas them but now they have the problem of disposing of the bodies. Walter suggests using acid, but this has problems of its own.

Walter knows that an acid such as hydrofluoric acid (HF) will be able to dissolve the bodies as it can destroy tissue and decalcify bone, so he steals a few large bottles of HF from his high school chemical stores. He tells Jesse that they need to be careful about the type of container they use to put the bodies in as HF is so dangerous it can react with metals, certain plastics and even glass. He sends Jesse off to the local hardware store to find something suitable.

Hiding behind the shop shelves, Jesse tries sitting in plastic crates to find out which would be large enough. He soon gets annoyed and frustrated and so just goes home. Jesse places the first body in his household bath and, whilst wearing gloves and a face mask, adds the acid. When the two next meet up at the end of the day, the acid has eaten through the bottom of the bath and they arrive just in time to witness the floorboards give way, releasing all the ghastly contents onto the corridor below!

Would the plan have worked?

HF used to be stored in wax bottles but nowadays polyethylene or Teflon (PTFE) bottles are used. So you really do need the correct type of plastic container and you definitely wouldn’t want to use a standard household bath.

In the programme Jesse wears a face mask and gloves. HF eats through most types of gloves and can easily penetrate skin and fat tissue. Once it is in the bloodstream it will quickly act as a poison. The fumes from the many litres of HF that Jesse was exposed to would have been deadly. A single lungful would cause so much fluid on his lungs, he would have drowned.

Perhaps the most famous real-life acid bath criminal case involved John George Haigh. When police arrested him he told them that ‘Mrs Durand-Deacon no longer exists, I’ve destroyed her with acid. You can’t prove murder without a body’. He went on to admit to eight other murders where he disposed of the body in sulfuric acid baths. Police eventually found remains which had been reduced to sludge but gallstones and part of a plastic denture survived, confirming the woman’s identity. Haigh was eventually hanged for his crimes in 1949.