..won't happen without chemists. We need a new generation of young chemists to avoid becoming an undernourished, impoverished, unsustainable world. 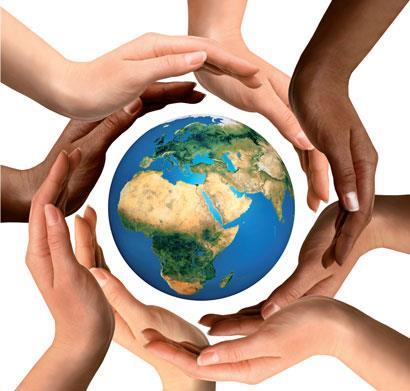 From the viewpoint of the periodic table it is clear that some elements cannot be sustainable because of the amount we use. Potassium is one, and yet this element is vital to our food supply. In this article I will look at four of the world's needs, for food, water, fuel, and plastics, where chemistry is the key to sustainability.

Essential elements used by crops must be replenished

Agrochemicals in the form of fertilisers and pesticides are essential. We cannot go down the low yield route of organic farming and feed the Earth's population of 9 billion people predicted for 2050. If we are to farm intensively and sustainably we will need a supply of three key elements:

These are the ones which crops remove from the soil.

Nitrogen is sustainable because ammonium nitrate fertiliser is made from the nitrogen of the atmosphere. Reacting nitrogen with hydrogen via the Haber-Bosch process yields around 110 million tonnes of ammonia a year and around a third of global food production now relies on this.

Phosphorus is also sustainable as phosphate has to be removed from sewage in order to protect rivers and lakes. It could all be returned to the land, as indeed a lot already is.

Potassium is the unsustainable element because this is not easy to reclaim from sewage. World farming relies on mined potassium of which there are massive deposits such as the sylvite ore (KCl) in the Boulby mine in Yorkshire. This supplies UK farms with 450,000 tonnes of a year and meets 55% of our needs. (Farmers still refer to KCl as MoP, or muriate of potash, muriatic acid being the traditional name for HCl.) Potassium could be reclaimed from biomass ash and from the residues of waste food digesters, which produce methane and generate electricity, but these would not be able to replace all the potassium taken from the land.

In many parts of the world, food production requires irrigation which brings us to another 'element' which the world needs to be sustainable and that is water.

It has been said that wars of the future may be fought over access to water. We are already living in a world in which around a billion people lack a clean water supply and around 5 million people a year die of water-borne diseases like cholera, typhoid, and meningitis. We have known for more than a hundred years that these can be prevented by disinfecting water supplies with sodium chlorate(I) (sodium hypochlorite, NaOCl) and these diseases are rare in countries where water is chlorinated. Chlorination is sustainable given a supply of salt and electricity - both of which are sustainable, as salt from the sea, and local wind or water power. Simple generators that produce NaOCl on demand are now being used around the world.

The sea of course is potentially a boundless supply of water but making it fit for humans to drink and use is not easy, and yet it is done in many parts of the world. The old way of extracting water from sea water was to distil it under reduced pressure and some is still obtained that way. The newer, and much more economical way, is to use reverse osmosis to squeeze water from seawater through a semi-permeable membrane using high pressures to counteract osmotic pressure.

The key to making reverse osmosis cost effective is to have the right membrane and that is where chemists have been making some remarkable advances with polymer membranes made of cellulose acetate, polyamide, and even carbon nanotubes. There are now desalination plants in 120 countries producing 35 billion litres of water per day. For example, the city of Singapore daily generates 135 million litres of freshwater this way.

Of course producing water by this method has an inbuilt energy cost, as does the production of food, which brings me to the issue of current carbon unsustainability. Replacing fossil carbon with sustainable carbon is not going to be easy.

Carbon is the one element which the modern world needs above all others. We extract about 7 billion tonnes from the Earth's crust every year, in the form of CH4 as natural gas, (CH2)n as oil, and (CH)n as coal. The sustainable source is the carbon of the atmosphere of which there are 725 billion tonnes in the form of CO2. Thankfully plants remove CO2 from the atmosphere for us, producing vast amounts of biomass, some of which we need as food and some of which we could convert to all the other carbon-based products that we need, and particularly fuels and plastics.

Hydrogen fuelled cars at the University of Birmingham

Some plant products can easily be converted to fuels. Starch, sugars, and even the intractable glucose polymer cellulose, can be converted by yeasts into bioethanol and burnt in car engines. Plant oils can be reacted with sodium methoxide to release the long chain fatty acids from glycerol (1,2,3-propanetriol) and, as methyl esters, they make ideal fuel for diesel engines. Even glycerol can be turned into propane gas and used as a source of fuel energy by reacting it with hydrogen gas.

Whether hydrogen gas will ever become a sustainable transport fuel comparable to petrol or diesel remains to be seen, there are some cars now running on it already. The University of Birmingham has some. Hydrogen is a sustainable element and supplies could come from syngas (synthetic natural gas) or from the electrolysis of water. Chemists have already devised materials that can absorb and store enormous amounts of hydrogen gas, and they have devised insulation for fuel tanks for vehicles which can even hold liquid hydrogen. One such tank has 70 layers of insulation.

Hydrogen can be extracted from almost any carbon-containing source, such as sawdust and wood chippings, by heating it with steam. The product is a mixture of hydrogen and carbon monoxide known as syngas. This is the raw material for the Fischer-Tropsch process for making liquid hydrocarbons.

Given the right catalyst, this reaction also releases tremendous amounts of heat which modern plants use to generate electricity.

There are some natural polymers which have been used for centuries and are sustainable per se, such as rubber (poly-isoprene), wool and silk (poly-protein), cotton, rayon and cellophane (poly-saccharide), and even horn (poly-keratin) although the last of these is now little used. 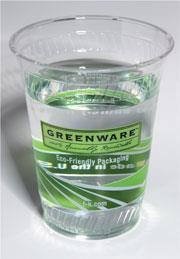 We can make biopolymers from other natural resources such as poly(lactic acid) (PLA) which is made from lactic acid and this is produced by the fermentation of carbohydrates like starch and molasses. PLA is used for making textiles for clothing and soft furnishings and clear film for food packaging. Such bioplastics account for less than 1 per cent of polymer production and they are unlikely to replace traditional plastics, which could be sustainable if they were made from biomass-derived resources.

The most important feedstocks for these polymers are ethene and propene. The polymerisation of the former produces polyethylene (polythene), polyvinyl chloride (PVC) from its derivative vinyl chloride H2C=CHCl, and polytetrafluoroethylene (PTFE, Teflon) from its derivative tetrafluoroethene, F2C=CF2. Could ethene be a sustainable resource? The answer is yes, and it can easily be made from bioethanol. Indeed there is already a company in Brazil making it this way and converting it to biopolythene.

Could propene and polypropylene also be sustainable? Again the answer is yes - at least in theory. For example it could be made from glycerol of which there will be an abundant supply as we have seen.

There is no reason why all the polymers that we now produce from oil could not be made from the carbon of biomass. And even those polymers which incorporate a benzene ring, such as polyester (polyethylene terephthalate, PET), polystyrene, Kevlar, and polycarbonate could be made because it is not difficult to turn alkanes into benzene rings given the right catalyst. We could make alkanes from syngas. Benzene could in theory be extracted from the lignin of wood of which it makes up a significant fraction and this has been shown to be possible. The benzene derivative vanillin has for years been extracted from lignin.

Other useful polymers are the siloxanes (R2SiO)n which of course are sustainable because the two elements of its backbone are the two most abundant elements in the Earth's crust.

Sustainability will eventually have to apply to metals. The known reserves of some such as lithium and copper, are only going to last a few decades. Some are essential if we are to harvest energy via solar cells because these need indium tin oxide (ITO) which is transparent, conducting and sticks to glass. There are no indium mines; it is a by-product of lead and zinc mining.

Chemists are already working to find a replacement for ITO and indeed such a material, monolayer graphene, has been produced and while this is transparent and conducts electricity it doesn't stick to glass. However, it adheres to transparent polymers like PET.

From a chemist's point of view, most metal sustainability could be solved by recycling, given a supply of sustainable energy. We might even reclaim gold from the sea one day, and it has been shown that lithium can be extracted economically from this resource. We might even grow crops that would sequester metals from the land. Were selenium supplies ever to become exhausted, it could be harvested from selenium-rich soils by growing crops of milk-vetch which is a selenium-scavenging plant. In this way 7 kilograms per hectare could be extracted. 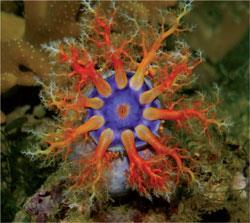 Vanadium can be extracted from sea cucumbers

Other so-called hyper-accumulators could even extract metals from seawater. The sea cucumber, Holothuroidea, has vanadium making up 10% of its blood cell pigment. There was a scheme in Japan to harvest sea cucumbers from the vast tracts which live on its coastal shelf and extract this metal from them. Another element we could harvest is iodine from seaweed, which is how it used to be obtained. Seaweed might even be used as a resource for the pharmaceutical industries.

The concept of sustainable development came from the UN's World Commission on Environment & Development in 1986. It defined it as 'meeting the needs of the present without compromising the ability of future generations to meet their own needs.' A green chemical industry is the goal we must strive towards and this is currently focusing on waste prevention, pollution prevention, and energy efficiency. What chemists of this century will have to do is find better catalysts and processes to make the things we need from sustainable resources.

Another challenge for chemists will be finding new materials for other industries. Imagine a material that could convert sunlight into electricity with an efficiency of 25% (double what is currently achieved) or an underground cable which could transmit electricity over large distances with little loss of power, from solar energy farms in southern deserts to cold northern cities.

Of course one way to ensure a sustainable planet would be to stabilise the population and even reduce it to the 3 billion it was in 1960; it is now 6 billion. Chemists have provided the means to bring this about in the form of untearable polyurethane condoms, birth control pills, and even morning-after pills. The problem of overpopulation, however, is a social issue, not a chemical one.

John Emsley is a popular science writer based in Bedfordshire.

These links will open in a new window