Animals come in all sorts of shapes and sizes, all with different abilities and skills. If you could somehow make them all the same size you might then be able to directly compare their strengths and weaknesses. This is the idea behind the BBC TV’s Animal Games which shows animals competing in their own Olympic Games. 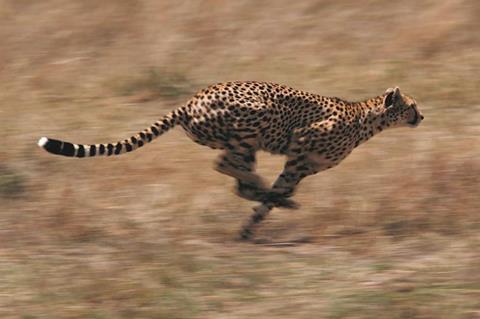 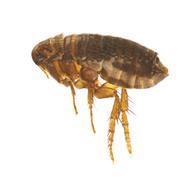 In the programme, each animal has a scale factor assigned to make them all the equivalent of human size. One of their real-life characteristics eg strength, running speed, jumping ability etc, was then multiplied by this factor to see how it might fare in an Olympic-style competition. The programme tries to answer questions such as: If a real-life flea can jump 10 cm or so, how far could it jump if it was the size of a human?1

One of the contestants in the weightlifting event was a rhinoceros beetle. The human weightlifting record (2004) was 263 kg. Taking this weight and scaling it up for the rhino beetle we get 54 000 kg! In the programme we see the beetle just managed to do the lift but its smooth claw-like legs could not provide the necessary traction at this scale to stay upright; it slipped over at the last minute leading to disqualification!

The main problem with the programme of course is that scaling-up is not an easy calculation. The strength of a human-sized beetle isn’t simply obtained by multiplying the real-life strength by a simple factor (although to be fair there is a notice to this effect at the start of the programme).

In general, insects are strong (mechanically and in relative muscle strength) for their size (x). As the creature gets smaller its mass (dependent on volume: x3) reduces more quickly than its surface area (and the cross section of its limbs, legs etc: x2). Leverage effects also reduce as things get smaller. So even if the beetle’s muscle power did scale proportionally, the mechanical strength of the beetle’s exo-skeleton, which would have to take this load, would not scale in the same way. Beetles are composed of (modified) chitin which is a very strong material. To support such a heavy lift, the beetle would need to be very large from a structural point of view. A human sized beetle ‘monster’ attempting the 54 tonne weight lift would probably crack and break-up in the process!

There is no doubt that the programme is a lot of fun and you can hear that the professional sports commentators also loved it too! It’s quite fascinating as long as you don’t look too closely at the science.

The Jamaican runner, Usain Bolt has been clocked at 23 mph – no way he can catch a cheetah…

The fastest human time ever recorded is about 27 mph.