Catalytic metals and their uses 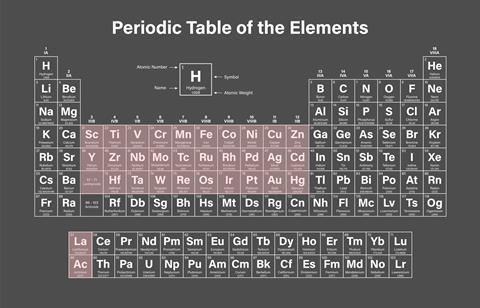 The transition metals on the periodic table

Catalysts are compounds that speed up chemical reactions by lowering the energy barrier between reactants and products. Not only do they save energy, they can also help to produce a pure product instead of a mixture.

In the last Avogadro’s lab we saw that enzymes, biological catalysts, do their job very efficiently. However, chemists use a wide variety of catalysts that are not enzymes: many of them are based on the transition metals. These metals, such as iron, nickel and platinum, are found in the long d-block section in the middle of the periodic table.

Transition metals make good catalysts because they can exist as two (or more) different ions in compounds, for example iron(II) oxide (FeO) and iron(III) oxide (Fe2 O3). The iron is said to be in different oxidation states in these two compounds.

In some reactions iron will act as a catalyst and lower the energy barrier by changing from one oxidation state to another. When the reaction is complete, however, it changes back to its original state so that it is ready to start all over again. Although catalysts change during a reaction, they are not used up in the process.

What they’re used for 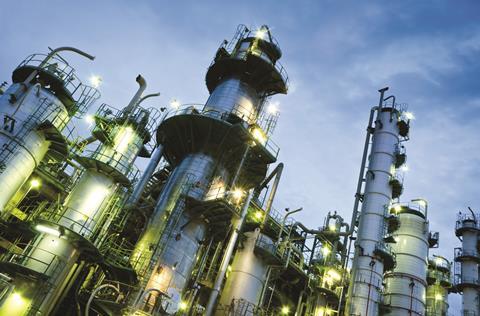 Catalysts are used in many industrial processes, for example in refining petroleum to break long chain hydrocarbon molecules into smaller ones, producing ammonia in the Haber process, and synthesising drugs for the pharmaceutical industry.

Most cars nowadays have a catalytic converter fitted to reduce the harmful emissions generated by the engine. They use small particles of precious metals (such as platinum and rhodium, also transition metals) embedded in a ceramic honeycomb. These small particles provide a large surface area – the chemical reactions to clean up the exhaust fumes are then catalysed efficiently.

One of these catalytic converter reactions combines unburnt fuel with oxygen so that water and carbon dioxide are produced. This month’s experiment does something similar, but allows us to see the metal change oxidation state as it catalyses the reaction.

Usually in Avogadro’s lab we like to give you an experiment to try yourself, however this one is safer if performed in a scientific laboratory by a trained chemist: it uses red hot metal with a flammable solvent, and the product of the reaction is an irritant gas.

The experiment involves heating up a piece of copper (perhaps a coin) until it is red hot, then suspending it over a small amount of acetone in a conical flask. The acetone vapour reacts with the oxygen in the flask, using the copper as a catalyst, to form methane and ketene. Waves of colour ripple across the copper and it will appear to glow as it changes oxidation state during the reaction. If you lift the copper coin back out of the flask and away from the acetone vapour, it will turn back to its original colour showing that it has returned to its initial state.

View the video below to see the reaction taking place for yourself.

In this demonstration, copper is used to oxidise acetone via heterogeneous catalysis.