While analogies are useful for explaining chemical processes, they should be used carefully, says Tom Husband 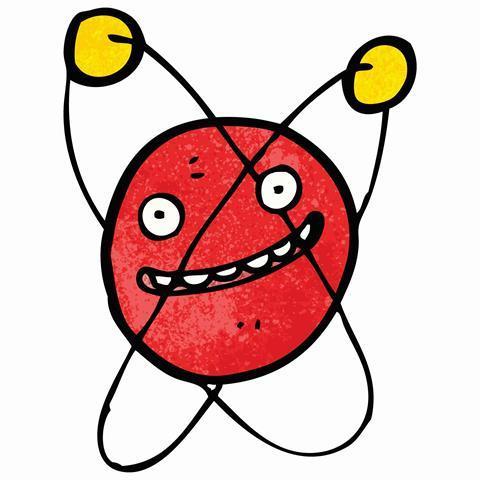 One of the great wonders of life, the universe and everything is that atoms, which do not have desires, come together to make humans that do. Atoms have no goals, they just ping-pong around, bouncing off each other and periodically making and breaking bonds. We, however, have many goals. We want desserts, friends, romantic partners, to see movies, to do well in life. There is a relationship between our wants and the behaviour of atoms, but that is for a different story. This story is about the dangers of treating atoms like people.

That might sound a bit rich to anyone who has read the preceding five articles in this series. I have compared chemistry to dating, football, The Simpsons, crowds of people and even going to concerts. Each of these analogies cast human actors in the roles of different atoms. This can be helpful because it enables us to consider chemistry in terms of familiar ideas.

But educational researchers often worry that analogies might sometimes be harmful to learning. A particular bugbear is the idea that atoms ‘want’ full outer shells. A popular analogy for chemical bonding is the dog with a bone. In ionic bonding, a strong dog already has a bone, but then he snatches another weaker dog’s bone, too. In covalent bonding, two evenly matched dogs have in their mouths one end of each of two bones, which they are effectively sharing. This provides a way to rationalise bonding because it uses familiar concepts. But dogs want bones, whereas atoms do not want electrons.

A big problem with chemistry is that you have to learn about a lot of processes before you can get close to understanding the reasons why they happen. When you ask for a fuller explanation, you might be told: ‘You’ll learn about that later.’ Unfortunately, when later rolls around, the idea that atoms are somehow delighted to fill their outer shells can be a tricky one to shake off. Curious students often see through the cracks of the idealised version of chemistry presented at GCSE.

A student recently asked in a chemistry forum why nitrate ions have the formula NO3- when the valency swapping rule would predict the formula N2O3 for nitrogen oxide. Actually, nitrogen and oxygen can make N2O3 and an array of other compounds, too. Another is laughing gas, with the formula N2O. But try drawing the dot and cross diagrams for these compounds – the atoms do not have full outer shells. In fact, bonding tends to occur because it enables the bonding pair of electrons to exist at a lower energy level. But you’ll learn more about that later!

So should we abandon analogies? No, but we must use them carefully. An analogy is not a shortcut, but a way in. They enable us to begin each learning journey from a familiar environment, but we still have to think carefully about the real science they represent. One way to do this is to consider the limitations of the analogy. For example, the dogs only have two bones; unless the molecule is hydrogen there should be lots of other bones too. Even better is to think of your own. When I first taught atomic orbitals, one of the students thought of an analogy that I still use with classes to this day. She said: ‘It’s like when you arrange to meet someone in town, but you don’t tell them exactly where, you just know that you’ll run into each other.’

I suppose the point I want to make is that learning does not finish when you understand the analogy, it is just beginning. 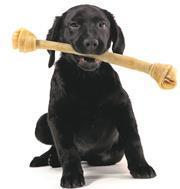 If you need help with understanding chemical bonding, this website has you covered.

If you need help with understanding chemical bonding, this website (http://bit.ly/1l5PYw2) has you covered.