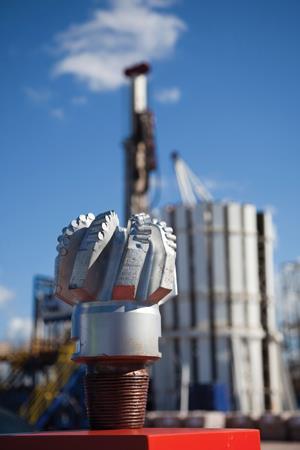 Hydraulic fracturing – or fracking – of shale to harness the natural gases within is a controversial topic in the UK, due to uncertainty over its effects on the environment. As the UK doesn’t have a shale fracking industry yet, how are scientists predicting potential emission levels?

Shale is a fine-grained sedimentary rock typically comprising clay, quartz silt, calcium carbonate and organic matter derived from plant and animal debris, which has been compressed into mudstone over millions of years. Some types of shale contain high amounts of organic matter, which breaks down into natural gas (typically methane) and oil, which are then trapped in pores in the shale. In some parts of the UK, there is enough gas trapped in the shale, and the shale beds are thick enough, to make it economically viable to extract the gas for use as a fossil fuel or chemical feedstock. But it is not easy to obtain gas from the shale’s pores because the pores are not interconnected, so the gas cannot flow through the shale and escape. That’s where fracking can come in.

Fracking involves drilling a hole deep into the rock and injecting a high-pressure mixture of water, sand and chemicals to fracture the rock and create connections between the pores, allowing the gas to flow out into a well. The sand flows into the new cracks to keep them open and the water flows back to the surface as ‘flowback fluid’. Fracking has been used on oil and gas wells in the UK for many years – in the North Sea since the 1970s and onshore since the 1980s – but it has never been used on shale.

It is not easy to estimate the amount of shale gas reserves in the UK as investigations are in their infancy. One estimate of reserves at Bowland Shale in Lancashire carried out by energy company Cuadrilla in 2011 is 5.7 trillion cubic metres. The UK currently uses about 85 million cubic metres of natural gas each year.

Shale gas industry in the UK

Fracking has not yet begun in the UK, but many shale gas sites have already been identified, particularly in northern England. In 2015, the government awarded more than 150 licences to energy firms in the UK allowing them to explore for oil and gas, but the firms need to obtain planning permission from their local council before they can start exploratory fracking.

A planning permission application from Cuadrilla was rejected by Lancashire County Council in June 2015. The appeal hearing began on 9 February 2016, and it could be several months before the final decision is reached. It is this delay that prompted the government to warn local councils in August 2015 that it will step in if decisions on fracking applications are not reached within 16 weeks. According to a BBC News report from December 2015, the Labour party has called for a moratorium on fracking ‘until we can be sure it is safe’ and governments in Scotland, Wales and Northern Ireland have all said they will oppose fracking until further research is completed into its environmental impact.

Looking at the potential risks of shale gas and oil exploitation is ReFINE (Researching Fracking in Europe), an international research consortium led by Newcastle University and Durham University. Research being carried out by ReFINE is split into five categories: well integrity and pollution; seismicity; social and health impacts; fractures and subsidence; and traffic and infrastructure. While researchers can’t analyse the effects of fracking on the UK yet, they can investigate existing systems for oil and gas extraction to estimate potential effects.

Fred Worrall of Durham University investigates well integrity and pollution. Failure – or loss of integrity – of a well could lead to the risk of groundwater contamination, so it’s important to ensure that future wells will be up to the task. Groundwater provides a third of the drinking water supply in England and Wales.

Fred has been looking into the future of decommissioned fracking sites by searching for methane leaks from decommissioned oil and gas wells. There are 2152 onshore oil wells in the UK and the majority of these have been decommissioned. The standard practice is to plug them up and bury them beneath soil. The team investigated 103 of the wells, ranging from under 10 years old to 80 years old in four oil and gas basins – East Yorkshire, East Midlands, Wessex and Weald. ‘We detected methane leaks in about 30% of the wells, but the leak was tiny – less than the methane released by two sheep,’ says Fred. ‘The irony is that when these wells were decommissioned, the land was given back to agriculture for pasture!’ 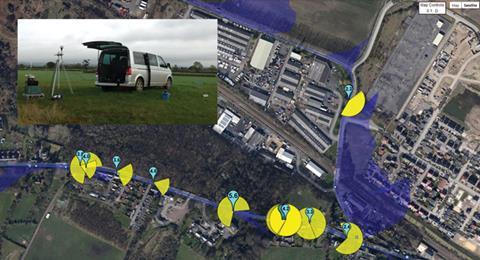 It is possible to distinguish between methane leaking from underground sources (thermogenic methane generated from the high temperature breakdown of organic matter) from that coming from, for example, animals or landfill sites (biogenic methane generated from biological activity such as waste decomposing), by comparing their isotopic signatures (the ratio of the stable isotopes 13C/12C), says Fred. Biogenic methane has an isotopic signature normally greater than 5% while thermogenic methane has a signature nearer 4%. Fred’s team has been using a portable laser spectrometer to measure this isotopic ratio in the field and in particular for detecting leaks in gas pipelines.

Another concern is that during fracking, the fractures created might extend beyond their intended target, allowing an uncontrolled release of gas, fracking fluids and other contaminants into drinking water supplies. ‘During fracking, a lot of energy will be directed underground and some people suggest this will reopen natural faults, opening up a conduit for gas to escape to the surface,’ Fred explains. But a British Geological Survey report states this is unlikely if the process is designed well.

Also being investigated is the potential for naturally occurring radioactive material waste to be brought to the surface in flowback fluid. Shale rocks contain radium, uranium and thorium. Radium-226 and radium-228 (decay products of uranium and thorium) are usually the most abundant radioactive materials in flowback fluid. Fred’s team compared current levels of radioactive materials in the environment expelled by nuclear power stations and North Sea oil and gas installations with those from exploratory fracking at three shale gas areas under development: Bowland Shale in the UK, Silurian Shale in Poland and Barnett Shale in the US.

The team also looked at potential human exposure to radioactive materials. In their study, they assumed that humans used water from the flowback fluid on a daily basis. The average person in the UK is exposed to 2.7 mSv (millisieverts) of radioactivity every year from natural sources such as rocks and food, and medical sources (x-rays, for example). Environment Agency regulations state that the maximum permitted dose above this baseline is 1 mSv. The highest exposure to radioactive materials predicted for the Bowland Shale was 0.2 mSv, which is only 20% of the maximum recommended annual above-baseline exposure.

Can the UK learn from the US? 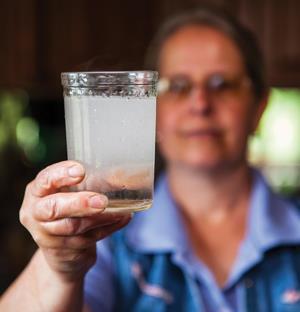 Fracking has introduced methane into a homeowner's well water in Pennsylvania, US

In the US, fracking for shale gas has been carried out since 1985, and it could be suggested the UK seeks advice from across the pond. However, the UK has a very different system of regulation that would prevent some of the practices that are being carried out in the US. For example, biocides are added to the fracking fluid in the US to prevent bacterial corrosion in the well bore. In the UK, this would not be allowed without permission from the Environment Agency, says Fred. He adds that flowback fluids are often reinjected back into the ground in the US; but he presumes this will not happen in the UK.

There have been reports of methane contaminating groundwater in the US, however, drinking water supplies differ from the UK. Methane reaching the water supply isn’t going to be as much of an issue as it is in the US, says Fred. In southern Pennsylvania, for example, most farms have private wells for their water supply, whereas in the UK, the overwhelming majority of people are supplied via a centralised water treatment system. And in the UK, remediation systems have been proposed to deal with contaminated groundwater coming to the surface at the source.1

Also, the British Geological Survey will be keeping a close eye on possible groundwater contamination in the UK. They are currently taking baseline readings of methane and other chemicals in UK groundwater so they can monitor changes in levels when fracking is actively taking place. They collect their samples from a pumped borehole by attaching a hose with an airtight connection at the top of the borehole to prevent the gas escaping in the air. The gas is then collected in airtight containers and taken to a laboratory for tests. Their baseline results will be used to set groundwater threshold values as standards for the EU Water Framework Directive.

Another major difference between the two countries is the scale. The UK won’t have an operation the size of the US, as it lacks available space. ‘In Texas, they’re running tens of thousands of wells. In the entire history of the UK onshore oil and gas industry, we’ve only ever drilled fewer than 3000 wells,’ says Fred.

A Department of Energy and Climate Change report on fracking states that potential ‘risks to public health from exposure to emissions associated with shale gas extraction are low if the operations are properly run and regulated’. Another report, by Public Health England, concluded ‘the overall effect of UK shale gas production on national emissions is likely, with the right safeguards, to be relatively small and emissions from the production and transport of UK shale gas would likely be lower than from the imported liquefied natural gas that it could replace’.