There has been much debate over the years on what nutrients we need to feed our brain. Mid-19th century studies on the brain suggested a link between phosphorus and mental well-being. But is there any scientific evidence that eating phosphorus-rich foods, such as fish, or taking phosphate supplements, will provide an intellectual advantage? 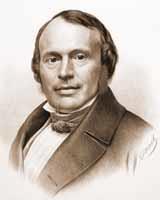 In 1871 the popular American author Mark Twain offered some advice - from the Swiss-born US naturalist Jean Louis Rodolphe Agassiz - to an aspiring author who wanted to know how he might improve his literary skills:

"Agassiz does recommend authors to eat fish, because the phosphorus in it makes brains. But I cannot help you to a decision about the amount you need to eat. Perhaps a couple of whales would be enough."

The acerbic witticism inadvertently publicised the link between phosphorus and the brain, and how supplements of the element (either in medicines or found in the diet) might enhance mental powers - a view not without some basis in fact and still popular today, at least in some quarters.

Phosphorus on the brain

In 1669 the German alchemist Hennig Brandt isolated phosphorus as the free element. He evaporated urine, allowed it to putrefy, added sand, distilled the mixture and collected the product under water.1 Fifty years later Johann Thomas Hensing, professor of medicine at the Lutheran University of Giessen, claimed to have shown that the brain was another source of phosphorus. He heated cattle brains with alum (aluminium potassium sulfate) in the absence of air for several hours. When he introduced air to the residue it caught fire spontaneously and from this he deduced that phosphorus was present. However, there are at least two concerns about this research:

However, Hensing is usually given credit for the first qualitative proof of the presence of phosphorus in the brain. 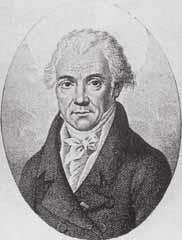 In 1811 the French analytical chemist Nicolas-Louis Vauquelin (who had earlier discovered both beryllium and chromium) reported the quantitative analyses of brain tissue in his thesis for a medical degree. Although he is frustratingly vague as to how he determined the phosphorus content,3  there are hints that he isolated pure crystalline phosphate salts of known composition and used these as the basis for his calculations (see Table 1). But Vauquelin did show that within brain tissue phosphorus is present in what today we call phospholipids - molecules comprising fatty acids and a phosphate group which are a major component of cell membranes. He writes:

"There is phosphorus combined in the fatty matter of the brain and which dissolved in alcohol at the same time as the fatty matter...  (The substance) has more analogy with tallow and fat than any other class of bodies, yet it ought not be confounded with ordinary fat. Thus, though we class it among fatty bodies, we ought to consider it as a particular and new species."

Later, in 1834, Jean-Pierre Couerbe, a chemist working in the Parisian School of Pharmacy, analysed brain matter and reported that the usual phosphorus content of brain tissue was '2.0-2.5 per cent, but in idiots (sic) it was 1.0-1.5 per cent whereas in madmen, 3.0-4.0 per cent or even 4.5 per cent'. He concluded:

"... it would follow that the absence of phosphorus from the brain would reduce man to the sad state of the brute; that the great excess of this substance would irritate the nervous system, exalt the individual and drive him into that furious excitement which we call madness."4

This finding was ridiculed by the French philosopher Paul Janet, who remarked that, 'the brain of fishes, who do not pass for great thinkers, contains a large amount of phosphorus'. Other studies supported Janet's reservations, including:

Recently, Theodore Sourkes at McGill University in the US has commented on this work:"His (Couerbe's) hypothesis was supposedly based upon experimental analyses of brains, but he neglected to state how many brains he analysed, or what the results were."5

The upsurge of interest in 'brain chemistry' in the mid-19th century is probably because of this supposed connection between phosphorus and mental function.

One of the foremost writers on this topic at the time was the Dutch physiologist/philosopher Jacob Moleschott, whose views were well respected across Europe. He may have linked earlier speculation by George Adams that: "... the experiments on phosphorus are exceedingly curious, and appear to me to be intimately connected with the nature of electricity,"  with Couerbe's hypothesis to support the theory that the origin of thought was based on electrical activity. His conclusion was succinctly summarised in a widely-broadcast slogan 'without phosphorus, no thought'.6 Given his atheistic and materialistic background as a philosopher, this was interpreted by some people as a denial of man's spirituality. The Bishop of Carlisle for one criticised Moleschott:

Perhaps foremost among Moleschott's supporters was another materialist philosopher, Ludwig Feuerbach. He came up with a slogan of his own; 'One is what one eats' and even tried to connect historical events with national diets:

"Is it any wonder that it is so dark in the world because our greatest thinkers had no phosphorus in their heads... (and in connection with the unsuccessful German revolution of 1848)... Food becomes blood, blood becomes heart and brain, thoughts and thinking stuff. Whoever restricts himself to vegetables is only a vegetative being, without any vigour."7

At this point Louis Agassiz, Harvard professor of biology and a well-respected researcher on both fish and fossils, gets involved in the debate. Science writer Bernard Agranoff has recently told the story.

"Agassiz took Moleschott's dictum a bit further in an address on behalf of a fisheries commission in Massachusetts. To the fact that the brain was rich in phosphorus, he added the finding by a French chemist Jean-Baptiste Andr? Dumas that fish were rich in phosphorus. Agassiz is quoted as having later said 'I simply put the two observations together'. Apparently playing to his audience, Agassiz is said to have added that, 'the consumption of fish was reflected in the marked intellectual activity of the people of Massachusetts'."8 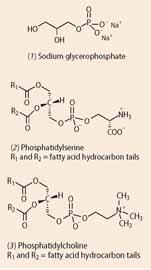 The second half of the 19th century and the early 20th century saw a growth in patent medicines, marketed with their extravagant claims. Curiously, the potential of phosphate supplements seems to have struck only a handful of manufacturers.

Coca Cola was introduced in 1885 and was, at least in those days, an effervescent drink based on cocaine and phosphoric acid, which was reputed to 'ease the tired brain and soothe rattled nerves'. Horsford's Acid Phosphate (a fruit-flavoured syrup, which when mixed with sugar and carbonated water made a popular Victorian drink) was sold with the suggestion that it 'imparts new energy to the system, giving the feeling and sense of increased intellectual and physical power'.

Another tonic recommended to cure 'brain-fag' on sale at the start of the 20th century was Phosferine, which was based on phosphoric acid. Phosphorus is still used today in Sanatogen Tonic Wine (0.62 per cent sodium glycerophosphate (1)) but without any suggestion of the potential 'benefits'. The Times newspaper regularly publishes advertisements for Neurozan capsules. Each contains 10 mg of phosphatidylserine (2) and 10 mg of phosphatidylcholine (3), and the supplement is marketed with the claim - 'Neurozan bio-active nutrients to help maintain brain function and performance'.

Mark Twain may well have been correct to encourage young people, and not just writers, to eat more fish. However, there is emerging evidence from animal and human studies that phosphate supplements may harm rather than increase brainpower. This is particularly worrying because dietary consumption of phosphate has already increased substantially in recent decades through cola drinks and phosphate-containing food additives.

Studies on mice fed with twice the usual amount of phosphate have shown detrimental effects on brain growth and development. Other investigations suggest that increased phosphates may contribute to various brain dysfunctions such as ischaemia (a restriction in blood supply) and Alzheimer's disease, among other neurodegenerative diseases.9  While the initial studies have been in animal and cellular models, one small study of brains of patients dying of Alzheimer's disease found a significant decrease in phosphorus levels in sufferers compared to control subjects. Phosphorus levels (expressed as ?g g-1 post-mortem dry brain weight) were lower across all regions of the brain: typically 13000 in controls, compared with 10850 in sufferers.10  A large study in humans has shown high serum phosphorus levels are associated with cardiovascular problems, such as heart attacks and strokes.11

Human physiology relies on our bodies maintaining a delicate balance between too much, and too little, of critical enzymes, hormones and neurotransmitters. Phosphorus is a crucial component of many important chemicals in the body: the chemical energy carrier molecules of the body, adenosine triphosphate (ATP) and guanosine monophosphate; the backbone of DNA and RNA; phospholipids and other structural proteins; and key enzymes controlling, among many other processes, the dissociation of oxygen from haemoglobin. So it is perhaps no surprise that phosphorus levels in the blood and other parts of the body are under close, if not entirely understood, control.

It would be rational then to avoid phosphate supplements, of no proven benefit and at least potential harm. There are more promising options for those 'fishing' for an academic advantage.

In March of this year, a team from the University of Gothenburg led by Professor Kjell Torén published its research into the effects of diet on cognitive function in the journal  Acta Paediatrica.12  The study involved 3972 male 18-year olds and compared their cognitive scores recorded in their Swedish military conscription records with their eating habits of three years earlier. The volunteers were assessed both for verbal intelligence and visuo-spatial intelligence.

Summarising the team's findings, Torén said, 'We found a clear link between frequent fish consumption and higher scores when the teenagers ate fish at least once a week'. In reviewing this finding, Dr Maria Aberg, of the Centre for Brain Repair and Rehabilitation, also at Gothenburg, commented, 'Having looked at the wide range of variables explored by this study - such as parents' educational levels and other factors - it was very clear that there was a significant association between regular fish consumption at 15 and improved cognitive performance at 18. It appears that including fish in a diet can make a valuable contribution to cognitive performance in male teenagers'.

The study makes no reference to the high levels of phosphorus found in fish, and the effect it might be having on the brain. Rather, the researchers speculate on the role of the long chain polyunsaturated fatty acids present in fish. 'Fish contains both omega-3 and omega-6 fatty acids, which are known to accumulate in the brain when foetuses are developing. Other theories have been put forward that highlight their vascular and anti-inflammatory properties and their role in suppressing cytokines - chemicals that can affect the immune system', added Torén.

Full text of On the beauties, harmonies, and sublimities of nature

2. D. B. Tower, Hensing,  1719: an account of the first chemical examination of the brain and the discovery of phosphorus therein. New York: Raven, 1983.

4. Quoted in C. Bucke, On the beauties, harmonies, and sublimities of Nature; with notes, commentaries, and illustrations; and occasional remarks on the laws, customs, habits, and manners, of various nations. London: Thomas Tegg & Son, 1837.