The number of trainee chemistry teachers is plummeting while qualified teachers continue to leave the profession. Kat Arney investigates what might be done to reverse the trend. 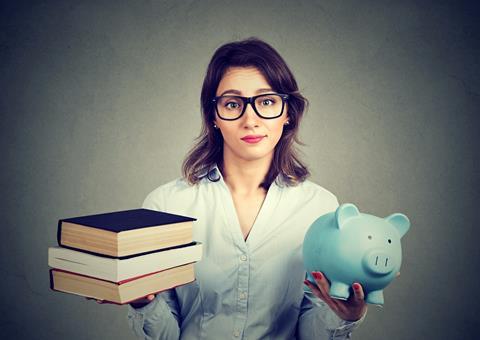 It’s no secret that secondary schools across the UK are suffering from a severe shortage of teachers, with STEM subjects being hit hard.

Part of the problem is retention. A quarter of all teachers entering the state-funded sector leave within three years, and a recent study commissioned by the Wellcome Trust and carried out by Education Datalab found that science teachers in England are more likely to quit the profession than non-science teachers, especially those who are newly qualified. Increasing workloads, endlessly moving targets and stagnating pay might be factors that drive away even the most dedicated staff from schools.

Alongside the rapidly draining pool of existing science teachers, there is a lack of new talent to replace them. Schools across the country are already struggling to recruit new chemistry teachers, and this problem is set to get worse. Applications for postgraduate teacher training courses are falling fast, and chemistry has been particularly affected. The most recent data from the University and Colleges Admissions Service (UCAS) reveals a 25% drop in applications from graduates wishing to train as chemistry teachers compared with the same time last year.

Someone who has experienced the recruitment crisis first hand is Jas Bhangal, an assistant headteacher overseeing science teaching in two secondary schools in Wolverhampton. ‘The issue we’ve been having is making sure we have enough chemistry specialists across our Trust, and we’ve only been able to successfully recruit one new chemistry teacher for this year,’ she explains. ‘We aim to deliver a curriculum where students are taught by specialist science teachers, so a chemistry teacher would only teach chemistry and not any of the other science subjects. In recent years the majority of applicants we receive have come from a sports science or biology background.’

While shortages in physics, maths and language teaching have tended to grab the headlines, the growing deficit in chemistry seems to have gone under the radar, according to Emily Perry, a former chemistry teacher who now leads the Centre for Science Education at Sheffield Hallam University. In her view, this is because the subject itself can be difficult to understand, and it’s also hard to teach.

‘There are some specific problems with chemistry teaching,’ she says. ‘Chemistry sits in the middle of all the sciences, but it has its own language and models. The way things are modelled in chemistry is different from how they’re modelled in other subjects. We know that teachers teaching outside their specialism will often get those models wrong, and that’s not necessarily because they don’t understand them but because they haven’t thought through the implications of using a model badly. How do you really teach a child to understand or to conceptualise something you can’t see? I think it’s a really difficult subject to teach well, and often that just isn’t discussed.’

A dull curriculum over previous years is also partly to blame, particularly at GCSE level, says Jas. ‘In the past the old curriculum specifications have been uninspiring in terms of chemistry. They’ve been quite dry and theoretical, so students have gone through school and not wanted to pursue chemistry any further.’

Even the stuff that should make chemistry teaching fun and appealing – practical ‘whizz bang’ experiments that students love – can be unhelpful when it comes to understanding the subject.

‘If you asked lots of children they’d say they really like chemistry because they like blowing stuff up,’ Emily says. But studies show that the joy of colour-changes and explosions doesn’t necessarily translate into learning – something she has been working to address through her own research. ‘You get practicals where [students are] having a lovely time and really enjoying themselves … but they’re either covering something that has already been taught, so the children already know the answers, or they’re just mindlessly following instructions and nobody’s learning anything. It’s hands on but mind off.’

Emily also points to more systemic problems that hinder effective chemistry teaching. ‘Chemistry needs equipment, consumables and technician support, and that all costs money,’ she says. ‘If you don’t have a science specialist somewhere in the senior leadership team who understands what science teaching is and values it, then funding can get cut as the school budget gets smaller. There’s less money for practical work, so the thing that makes chemistry fun to teach is gone and there’s a danger it will become a lot harder to teach it well.’ 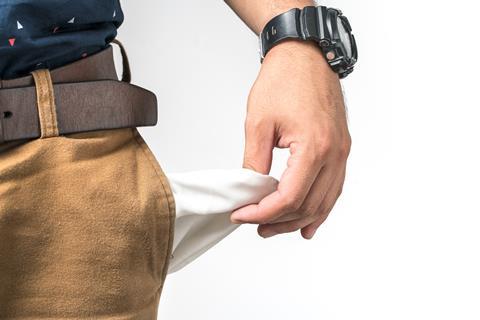 There are a few other problems to add into the mix, such as age, experience and qualifications. The average age of secondary teachers in England is falling faster than in any other OECD country, and the Wellcome Trust report also found that science teachers are more likely to be young and inexperienced compared with their colleagues in other subject areas.

Around a quarter of current chemistry teachers have no specialist qualifications in the subject, coming from related fields such as physics, biology or even sports science. There are currently nearly 400 sports science graduates teaching secondary science subjects including chemistry. This comes on top of the broader issue of unqualified teachers – one analysis of official figures suggests more than 600,000 pupils in state-funded schools across England are being taught by adults with no formal teaching qualification.

What’s more, research shows that science teachers get slower pay rises than non-science teachers and earn a median of £3000 a year less than they would in alternative careers. In comparison, those in non-science subjects tend to earn median salaries several thousand pounds higher in teaching than those they could command in the outside world.

These factors combine to produce a depressing downward trajectory for chemistry teaching: few of today’s graduates are jumping at the chance to teach the subject, combined with a dwindling pool of people choosing to study the subject at university in the first place.

Many countries are reporting a drop in the number of students applying to study chemistry at university, and there’s a real risk that the UK simply won’t have the scientific workforce it needs in a post-Brexit world – whether homegrown or imported – across industry, academia and education.

Currently schools can freely recruit chemistry teachers from the EU to help plug the gap, although there are worrying signs this may change in the future. Specialist chemistry teachers were removed from the Home Office shortage occupation list in April 2017, while maths, physics and general science teachers remain. Schools could face losing thousands of teachers in subjects that aren’t on this list because of recent controversial reforms that prevent any non-EU worker from staying in the UK unless they earn more than £35k a year – a figure early-career teachers will struggle to hit in most parts of the country.

How do we reverse this seemingly terminal decline?

One obvious solution is better training, especially for those teaching outside their original specialism.

‘You can’t categorically say people with specialist science degrees are better at teaching that subject than those without,’ argues John Walker, a former head of chemistry who now runs continuing professional development (CPD) courses for science teachers. ‘You can have someone with a first-class chemistry degree from the best university in the world, but they may be a completely useless teacher. Equally I have known individuals who only have science A-levels and yet they’ve gone on to be extremely good teachers … subject knowledge is important, but it’s certainly not the main criterion that distinguishes an outstanding teacher.’

The National STEM Learning Network runs subject-specific CPD courses for science teachers, which appear to have a positive impact on staff retention. The RSC also runs a four-day chemistry course to help non-specialist teachers gain confidence and use practical lessons effectively. And in Wolverhampton, Jas has teamed up with the RSC to develop training courses to convert her surplus of biologists and sports scientists into chemistry teachers.

There are other routes into science teaching that might boost the numbers taking up chemistry, such as the one taken by Jas herself. She studied biomedical science and business as a four-year combined degree, but was offered the chance to do a postgraduate certificate in education (PGCE) during her placement year. She jumped at the chance to move into education. ‘We need to make sure that those opportunities are there for students to move into teaching part way through their university degree if that’s what they want to do,’ she says.

Chemistry will find its feet again

Another alternative is the degree offered by Sheffield Hallam University. Graduates achieve a BSc in their chosen specialist science subject, along with Qualified Teacher Status. Heather Wain, a senior lecturer in science education, leads the course.

‘In the first year and a half everyone does chemistry, biology and physics regardless of the A-levels they come in with, because the reality is that teachers out there are having to teach all three subjects in the vast majority of schools,’ she explains. ‘Then we develop their subject knowledge at the level to which they’ll be teaching it and a little bit beyond … it’s all about learning the chemistry in the context of how to teach that idea.’

Sheffield Hallam is almost unique in offering this combined degree in the UK; similar courses closed owing to lack of interest, despite positive results. ‘It’s hard to get our message out there,’ admits Heather. ‘We recruit a lot of our trainees locally, they are employed locally and many of them are still in the game. We don’t have exact numbers on how many, but anecdotally our retention is a lot better than other graduates going into teaching.

Another possible solution to the chemistry crisis is to encourage school technicians to take up teacher training – something Emily and her team are researching. As well as being familiar with the subject material, technicians understand what’s in store in the classroom.

Jas thinks the changing curriculum will help to inspire a new generation of chemists, who might go into teaching. ‘It’s now getting more exciting, particularly at GCSE level, with things like organic chemistry that pupils can relate to real world applications and careers. I think we will get to a point where there will be more students who want to continue in the subject … chemistry will find its feet again.’ 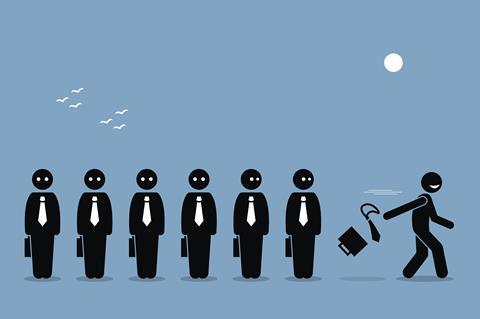 Despite these positive signs, Emily sees a fundamental problem with the teaching profession that still needs to be fixed.

‘Teachers get a bad press,’ she complains. ‘They’re almost always seen negatively in the media … The emphasis in the school system at the moment is on catching teachers and schools out for doing something wrong rather than praising them for doing good. If you’re a young person, why would you want to go into teaching if that’s the environment?’

John agrees. ‘The general problems of recruitment and retention are affected by things like workload, morale and excessive accountability. Teachers feel they’re overly scrutinised and are saying they’ve had enough … so even if you could address some of the more specific things that might attract more chemistry graduates you wouldn’t be dealing with those things which could still be having a damaging effect on recruitment.’

We can only hope more of tomorrow’s chemistry pupils will be inspired to eventually take up a position facing the class, but it’s going to take a lot to reverse this vicious cycle.

‘We need people whose passion is chemistry,’ says John. ‘I’m not talking about someone being ultra-energetic, singing and dancing every lesson, but I mean … teachers who genuinely believe in what they’re doing, and believe in the value of the subject.’