Mimicking plant life could be our way out of the energy crisis. Anna Lewcock talks to Tony Harriman to find out more

This year the Olympics come to the UK, and billions of pounds have gone into building the state of the art facilities that the athletes will compete in over the summer. But what if the Olympic stadium – or premier league football grounds – could double up as power stations, providing us with clean fuel?

The idea isn’t so far-fetched. Stadiums can be covered with solar panels to soak up energy from the sun. The problem is that the energy has to be used straight away. What would be really useful would be to find a way to store that energy, so it could be used when the sun goes down.

The seed of an idea

The idea of harnessing energy from the sun isn’t new; it’s been around for billions of years in the process that plants use to get their energy – photosynthesis. The green plant life you see around you has a perfectly developed system for absorbing sunlight and using it to convert water and carbon dioxide into oxygen and carbohydrates. The energy from the sun is ‘stored’ in the chemical bonds of the carbohydrates, ready for the plant to use later. 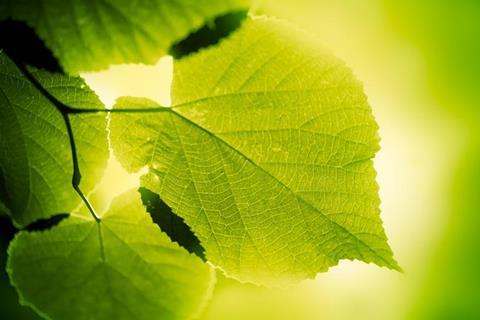 Scientists have been trying to crack the secret of this complex biological system for decades: ‘It’s absolutely amazing, the level of sophistication that has gone into the evolutionary process,’ says Anthony Harriman of the Molecular Photonics Laboratory at Newcastle University. And now it’s become more important than ever to try and figure out a way to try and imitate what nature has perfected.

We’re fast approaching a fuel crisis. We’ve been happily using fossils fuels like coal and oil to generate power on a huge scale since the industrial revolution, but there’s only a limited supply of these non-renewable fuels on the planet and one day we’ll have squeezed the last drop from the tank.

On top of that is the impact on the environment – burning all that fuel has pumped so much carbon dioxide and other greenhouse gases into the atmosphere that we’ve caused the planet’s temperature to rise, causing dangerous climate change. Both these things mean we urgently need to find alternative, renewable sources of power.

The only option we have is to look to the sky – the sun. ‘There is no alternative,’ says Harriman. ‘No other system known to mankind can generate the energy that we are anticipated to need over the next 20 or 30 years.’ When put that frankly, it becomes less important to be able to duplicate the exact mechanisms within a plant – ‘anything will do that will collect the sunlight and generate a useful chemical fuel.’

Only a fraction of the sun’s energy reaches us, but what little that does is more than enough: more energy from the sun hits the Earth in one hour than is used by everyone in the world in one year. That’s more than we could ever hope to produce using technology alone.

You’ve probably already seen solar panels – perhaps you have them installed on your house. These show success in tackling one part of the puzzle, as they convert the energy from the sun – photons – directly into electricity. The panels are composed of many individual solar cells made of material that absorbs photons and releases electrons to carry an electric charge. ‘Electricity is fine, but all we can do at the moment is use the sun to charge up a solar panel to feed electricity into the grid, or perhaps charge a battery,’ says Harriman. Where chemistry will really come into its own is in cracking the bigger problem of how we can actually store the energy from the sunlight to use later – artificial photosynthesis.

Historically, much of the work in the artificial photosynthesis field has focused on trying to split water into its constituent parts: hydrogen and oxygen. The oxygen can be released into the atmosphere (as it is during natural photosynthesis), and the hydrogen could be put to practical use. If we can find a way to handle the hydrogen effectively, it has huge potential – we could store it in fuel cells that generate electricity without harmful byproducts, combine it with other materials to make more useful products, or perhaps find a way to make it react with nitrogen under modest conditions to create cheap fertilisers for the third world.

Water molecules can be split by electrolysis, with hydrogen gas being given off at the negatively charged cathode and oxygen given off at the positively charged anode. However, if the electricity used to drive this process has come from fossil fuels, it cancels out the benefit of generating the hydrogen to be used as a clean fuel. Work has been done to combine the technology used in solar panels with electrolysis to overcome this, but the set-up would need to be very efficient, use cheap and easily available materials and last for years to be a practical solution. At the moment, that’s not the case.

Another approach is known as ‘photoelectrochemical’ water splitting, and is used in what scientists have described as ‘artificial leaves’. In this arrangement sunlight hits semiconductors that use the energy to directly split water molecules. But finding materials that can work well when in contact with water, as well as being efficient, stable, cheap and durable is still an unfulfilled goal.

A challenge to store electrons

The real challenge for chemists says Harriman, is designing systems that will store electrons – not electricity – for enough time to be able to carry out useful chemical processes. When you’re dealing with photochemistry (ie using light), one photon impact frees up one electron. ‘If you want to generate oxygen from water you need to accumulate four electrons before it’ll work – so you need four photons to get four electrons,’ explains Harriman. But more than that, you need all the electrons at the same place at the same time – ‘and that’s very difficult because they’re highly reactive and tough to control.’ When chemists started working on this several decades ago, they were happy if they managed to hang on to an electron for a nanosecond – one billionth of a second. ‘It was a massive challenge,’ says Harriman. ‘Now we can do it for one second. But I think probably we need 30 seconds before we can do the kind of job that we’re looking for.’

New materials that can cling on to those electrons for long enough are an active area of research, as are new catalysts that will help make the process more efficient. In nature, enzymes act as catalysts and can produce hydrogen from water very effectively. If we can develop man-made versions to help improve the rate at which we can split water molecules, the process could suddenly look much more attractive as a renewable fuel source. The problem, again, is finding suitable materials. ‘We have good materials for oxygen and hydrogen evolution,’ says Harriman. ‘But we don’t necessarily have materials which are compatible. So we may have a very good oxygen-evolving catalyst which works at pH 10, and a very good hydrogen-evolving catalyst that works at pH 2, but mixing them together – will they work at pH 7?’

Labs around the world have made great progress in splitting water molecules, with some approaches generating hydrogen even more efficiently than natural photosynthesis. But the sticking point of building an efficient system using durable, affordable materials still remains. More modern techniques are exploiting fields like nanotechnology and quantum science to create materials to tackle the problem, but scientists still haven’t quite pinned down a way to make it all work under sensible conditions and still generate reasonable amounts of hydrogen.

The other process that is a hot area of research in artificial photosynthesis is carbon dioxide reduction. Finding an effective way to convert CO2 into hydrocarbons would not only create another fuel source, but would allow all that waste CO2 we’re currently producing to be put to good use. Ideally we’d be able to pull apart the CO2 molecule and make different fuels like methane (CH4) or methanol (CH3OH). The problem is that carbon dioxide molecules are quite happy as they are, and breaking up such a stable molecule is difficult. Some catalysts can help the process along, and researchers are particularly looking at photocatalysts that can be activated by light from the sun. Scientists are making progress in this area, but there’s still a lot of room for improvement.

Solar fuels are likely to be the key source of much of our energy in the future. The developed world has accepted the need to cut down on carbon dioxide emissions, and that means switching away from fossil fuels to renewable sources of energy. The sun gives out more energy than we’re ever going to need, is environmentally friendly and doesn’t cost anything – all of which makes it a logical choice for our future fuel source. But that means a lot more than sticking solar panels on your roof – for artificial photosynthesis to have a real impact there’s an awful lot to be done to improve how we capture the sun’s energy, how we convert it to forms we can use, and how we can store it effectively.

‘This is not a scientific problem that has been solved,’ says Harriman. ‘Many people coming into the field will be able to participate, and there’s room for a lot of different approaches and an awful lot of innovation.’ Although artificial photosynthesis has been studied now for several decades, it is the coming years that will see the crucial research and developments that will help it move out of the lab and towards our rooftops – perhaps even generating power from the sun while footballers and athletes expend their energy on the tracks and pitches beneath. 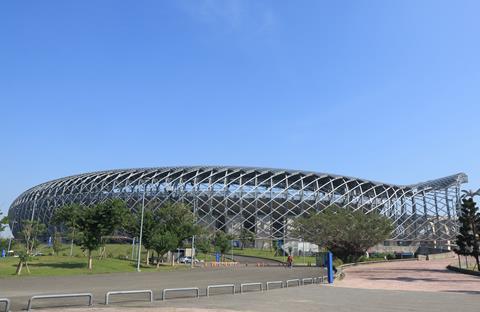