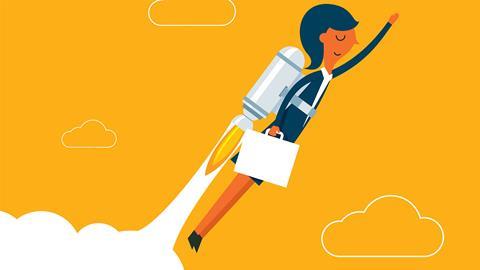 The problem of students needing industrial experience to enhance their employability can be tough to solve. The number of summer placements and year in industry placements is limited, and with the majority of institutions promoting the benefits of commercial experience to their students, demand far outweighs supply.

The task falls to educators to develop ways of providing commercial insight for students within the taught curriculum. Over a number of years, context- and problem-based learning (CPBL) have been developed to help students gain experience of solving real-world problems,1 problems that don’t have a pre-defined correct answer and where the best outcomes come from justifying decisions.

In 2014, the Royal Society of Chemistry (RSC) identified areas related to chemistry that would benefit from a problem-based learning approach. There was a call for proposals to develop new resources that would form open educational resources on Learn Chemistry.2 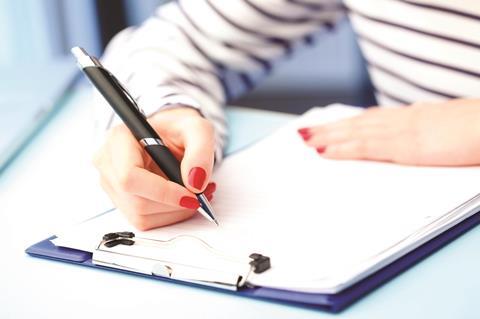 We had previous experience of successfully working with undergraduate (UG) students to create new learning resources, so we wanted to extend this approach through the CPBL project by working with postgraduate research (PG) students as well. Students were recruited and trained in resource creation. Under the close guidance of the project lead, the students produced content and tested the learning resources. This was particularly useful in the case of the practical-based naproxen resource in which the practical elements went through several iterations to achieve the best learning experience for undergraduate students. PG students provide valuable insights having experienced undergraduate teaching, and, as teaching laboratory demonstrators, they can also see the experiments from an educator’s perspective.

In the case of SME resources, a PG student and a UG student worked with the project leader to create written resources, with tasks distributed according to expertise. An additional benefit of this approach is that the students gained valuable employability skills, such as communication, authoring, teamwork and problem solving, as well as increasing their knowledge of SMEs in the chemical and allied sector.

A number of short videos were created to support the resources. Many of the videos also make great stand-alone resources, particularly for giving students insights into a commercial environment. Some videos are focused on the experience of working within a company, with the interesting angle of comparing experiences in SMEs with those in large multinational companies. We filmed undergraduates who had been on summer or year in industry placements and experienced employees who could talk about their expectations of new recruits.

The school of chemistry’s Industrial Advisory Board (IAB) played a key role in developing the resources, in two ways. Firstly, IAB members were actively involved from the outset in providing support and guidance at the design stage. As the resources were created, a sub-group provided a more in-depth review of the direction the resources were taking, offering insights into the industrial relevance of what we were trying to achieve. Secondly, some advisory board members were talking heads for the videos. They provided useful insights into their commercial experiences, with the added benefit of having a good working knowledge of what undergraduates study, through their role on the advisory board.

Delivery of careers for chemists

The chemistry careers in SMEs resource was implemented at the University of Leeds in semester two, 2016. Approximately 50 students took the career planning for chemists module in which the CPBL project was embedded. This allowed for ten groups, each with five students. Allocation of groups by course tutors was preferred over student-organised groups for a number of reasons. Firstly, it more closely replicates a working environment where there is often no choice over who will work on a project; secondly, it is regarded as more inclusive; and finally, from previous experience, when groups are allocated rather than allowing friendship groups, the working environment is more productive and professional.

The format of the module included a case study, which was interspersed with other career planning aspects such as CV writing and talks from visiting speakers from industry. The case study gave students the opportunity to practise the skills identified as important to their career success. It will also give them a project to talk about in a job interview or write about in an application.

The students were initially introduced to SMEs through an instructor-led lecture and then given their tasks. Firstly, the groups identified an existing SME in the chemical sector. They had to research the company to find out its size and location, what it produced and its main market. This choice of company formed the basis of the second aspect of the case study. The groups were presented with a series of ‘email opportunities’ in the form of an in-tray exercise. For each email, the groups decided whether the opportunity was worth pursuing for their chosen company. After a couple of weeks, a second batch of emails was distributed and the same decisions made. The groups selected one opportunity to pursue and presented this to their manager with a justification for their decision.

The final assessment was a group presentation on the background of the company, an overview of the opportunity selected and a justification for their decision. This process closely resembles a real work situation, where decisions about prioritising need to be made on a regular basis. The majority of students highlighted the presentation as the most worthwhile element of the assessment. This is consistent with the findings of a number of student surveys; students don’t particularly enjoy giving presentations, but they do regard them as highly valuable in developing their skills. The students had to take minutes from their group meetings and many noted that the minute taking was a valuable skill. The students also completed a short reflective piece on their experience. Although they didn’t particularly see the value of this, it was useful in helping them to articulate what they learned from their experience. In future, more emphasis will be placed on the value of reflection as a transferable skill.

Waste to wealth – an opportunity to introduce nuclear decommissioning 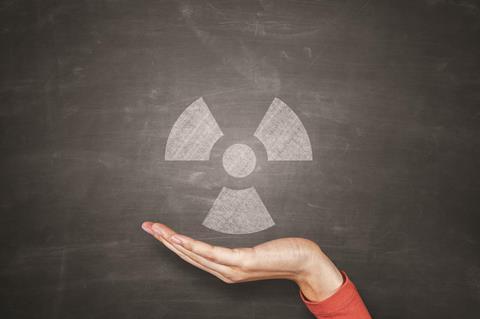 Nuclear waste and decommissioning is clearly an interesting, but not necessarily obvious, potential career pathway for chemistry graduates. But the nuclear industry, and decommissioning in particular, has a significant skills shortage. I specifically wanted to introduce the material through a genuine real-world problem and motivate the students by applications of chemistry in the workplace, as some students often fail to see the wider applications of the material they are studying.

The course begins with tutor-led sessions covering radiochemistry, fuel from ore, radioactive waste categories, legislation and media skills, and self-study with material provided in advance. There is an introductory video to outline the topic of decommissioning and nuclear waste to those unfamiliar with the subject and introduce the deliberately broad project brief: to develop a safe and compliant method for decommissioning a nuclear power plant. Resources include video interviews with an industry professional, a radiochemist from the National Physical Laboratory, and an academic from the University of Surrey with significant media and television presenting experience.

The material aims to get students thinking critically through consideration of benefits and drawbacks and broader socio-political factors that need to be considered – for example nuclear proliferation. A flipped approach to the taught sessions was adopted – for the remainder of the module, the students were split into groups and met to work on tasks in their own time.

One of the main challenges was to design an appropriate assessment for the skills being engendered by the module. Keeping the ‘real-world’ training in mind, I created a four-point, distributed assessment combining both formative and summative elements. This comprised a technical report with individual elements and a coherent group-led executive summary; a management meeting comprising 15-minute group presentations with an additional 15 minutes for peer questions; production of a group press release to communicate the project findings; and a personal reflection on the students’ progress and experiences.

The students enjoyed the case study; we received many positive comments throughout: ‘really great’, ‘scary at the beginning, but really enjoyed it’, ‘I learned a lot’, ‘nice to have something really different’.

It was surprising to see in the review that more than half (53%) of students did not know what an SME was before starting the module, and 100% of this cohort increased their knowledge as a result of taking the course. It was also encouraging to see that 78% of students would now consider working for an SME – a great result when so many hadn’t even heard of SMEs before taking the module.

The majority of students (93%) enjoyed working in a team – this is encouraging since educators often approach teamwork with trepidation. Teamwork can be complicated by the inequalities in the amount of effort individuals contribute to a project. However, including a peer component in the marking largely mitigated this issue and this was used to weight the marks for the portfolio. The ability to assign marks for effort was certainly appreciated by the students, and was mentioned in both the module feedback comments and the reflective summaries in a number of cases. While the peer marking could be viewed as a way of punishing those who didn’t contribute, it also acted as a motivator for a large number of students. The students were very fair and considered in the way they allocated marks and the system is well recognised, with software solutions such as WebPA3 available to make the process easier.

All of the learning resources are freely available on the Learn Chemistry website2 under a creative commons licence.