Secrets of the trade: How can we control the weather so it rains where we need it to? Jonathan Hare investigates cloud seeding 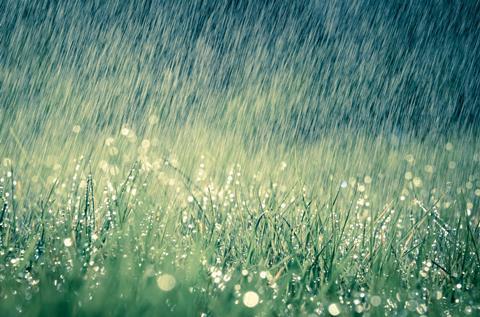 The great scientist and inventor Nikola Tesla recalls in his biography how he was walking in the Alps one day when he saw how a flash of lightning triggered the storm clouds to start raining. This inspired him to envisage a future where giant man-made electrical machines would be used to control the weather. Although Tesla did invent generators that could create millions of volts, so far we have not yet been able to use them to make rain to order. Although physicists and engineers can’t yet control the clouds, chemists believe they can by using a process called ‘cloud seeding’.

There are areas in the world where the annual rainfall is a crucial factor in determining if people are able to live in the region. The problem is not always simply a lack of clouds. Sometimes clouds form, but the local geography doesn’t always create the right conditions for the clouds to produce rain. There are other regions where clouds bring too much rain. In both cases scientists have been able to force the clouds to rain — to ‘seed’ them — to drop their water.

The basic idea is very simple: small crystals of ice naturally occur in clouds and these provide the nucleation sites for drops of water to form. However these don’t always form in enough quantities to cause precipitation — ie rain. In cloud seeding we choose a substance that has a similar crystal structure to ice and drop this into the cloud to start the rain-making process.

In theory, seeding a cloud in the tropics (the ‘warm rain’ process) requires a different process from seeding a cloud in a temperate zone like the UK (the ‘cold rain’ process) and so different seeding techniques are used. Both silver iodide and dry ice (solid CO2) have been used to seed clouds. Between 10–50 g of silver iodide are required for each cloud seeding experiment (approximately 11,000 kg each year).

Learn more about silver and the many uses of its compounds with this article from Education in Chemistry.

Learn more about silver and the many uses of its compounds with this article from Education in Chemistry (http://rsc.li/1aqbH4O).

The seeding process can be achieved by dropping silver iodide solution into a cloud from a plane. The solution evaporates, forming small nucleation crystals that cause the cloud to create rain. Alternatively, guns or rockets can be used to fire a chemical ‘bomb’ into the cloud that explodes, seeding rain. Cloud seeding for hail and fog suppression is widely used at airports.

At the 2008 Summer Olympics, China claimed that cloud seeding was used to guarantee dry weather for the games. Clouds were seeded far off so that they dropped the main bulk of their water before arriving at the stadium in Beijing. One estimate suggests the Chinese also used over 1000 seeding rockets from dozens of sites around the city just before the games, to make sure it didn’t rain on the opening day or during major events.

Seeding projects can often be controversial. In the Himalayan regions some countries feel that neighbours are effectively ‘stealing’ rainwater from them by seeding clouds, forcing them to drop their water early. Some scientists are concerned that if this process is not carefully controlled it could lead to climate problems over the whole region.

The wettest place in the world is Mawsynram, Meghalaya, India. It receives 11.87 m of rain each year, mostly between June and September. By comparison, annual rainfall in London is just under 0.65 m.

Orignially published in The Mole