Secrets of the trade: Jonathan Hare gets hands-on with the 3D printing revolution 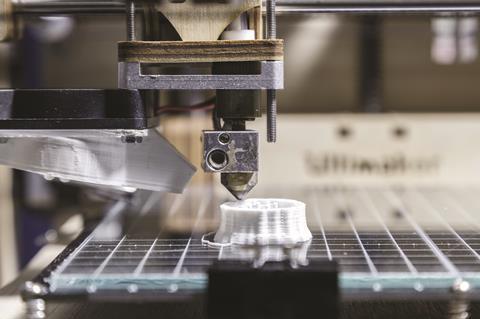 A 3D printer builds up an object layer by layer

All you need to make tools, models, decorations or toys – in any shape you can imagine – is a 3D printer and a computer. It’s becoming increasingly popular at home and in the lab, and the only limit is your imagination.

Many common ways of making things, such as workshop lathes or computer numerical control machines, work by cutting away material from a block, but with 3D printing the material is slowly built up on a surface from scratch. This results in less waste, greater control over what can be made and the ability to create things that are otherwise too difficult or costly to manufacture. Most importantly, modern 3D printers have rapidly become affordable, which has led to an explosion in their use. A large open-source community has sprung up around consumer printers and people are now using them to make everything from spare parts for household devices to custom-designed jewellery. 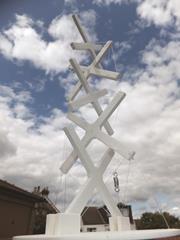 A tensegrity tower made by 3D printing

I was recently given a 3D printer and I have been using it to build electrical generators, tensegrity towers and other science-based objects. The printer consists of a moving bed upon which a moving heated nozzle extrudes a hot, thin plastic thread. The thread is layered up in a cross hatch pattern to create a strong, low density structure. The key to successful 3D printing is to find a suitable plastic that, when hot, will melt and flow consistently, yet when cooled will be rigid, strong and durable.

Many 3D printers use poly(lactic acid) (PLA) filament as the printing material. PLA is a biodegradable thermoplastic, and, despite its name, is actually a polyester. There are a few commercial routes to producing PLA, but the most common is metal-catalysed polymerisation of lactide. A vacuum is applied during the manufacturing process to remove water, leading to high molecular weight polymers (up to 130,000 amu is typical), which gives the plastic good mechanical and thermal properties.

PLA melts at about 160–220°C, which is relatively easy to reach and control with a 3D printer’s heated nozzle system. Once cooled, the plastic forms a very rigid structure creating useful and often beautiful printed objects.

Despite the fact that most 3D printers only use one feedstock, the objects that can be made aren’t limited to white plastic blocks. PLA filaments are available in a variety of colours and can be blended with additives to achieve interesting effects. For example, using wood dust as an additive can create objects with a realistic wood effect, and adding phosphorescent strontium aluminate can make objects that glow in the dark. These are visually interesting, but adding carbon to the plastic feedstock creates objects that are electrically conductive, which allows them to be used in a wider variety of applications, such as sensors or switches.

Recently, old plastic bottles and cups have been melted down and used as the printer filament. As 3D printing becomes more popular, it may not be long before some of the daily waste that you currently throw way is used in community 3D printer systems and made into objects that we can all use.

Lockheed Martin, an aerospace company based in the US, uses titanium powder as a feedstock to 3D print parts for their navigation, weather and communications satellites.

Visit Jonathan’s 3D printer webpage to take a look at some of the science projects he has been working on.

Visit Jonathan’s 3D printer webpage to take a look at some of the science projects he has been working on (http://www.creative-science.org.uk/3D.html).