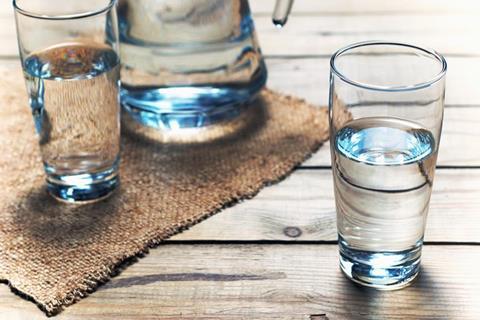 How can you sum up the importance of water to life on Earth? It covers 70% of the planet’s surface, makes up 50 to 70% of the human body, and adults need to drink around 2.5 litres every day. But still more than one billion people, mostly in developing countries, cannot access safe water for drinking, cooking, washing, growing crops or rearing livestock, according to UK charity Practical Action. Meanwhile one in eight people in the world drink water that contains pollutants, bacteria or viruses that are likely to make them ill, according to US-based group charity Water. So how can chemistry help to make water safe to drink, anywhere in the world?

When you turn on the tap, the water that comes out has come a long way since falling as rain and accumulating in a reservoir or in groundwater (water contained underground in soil and rocks). Depending on the source, your glass of water may have been through several purification steps to remove solid particles, dissolved minerals and ions, chemical pollutants, bacteria and viruses before it is safe to drink.

At a water purification plant, the first step is often to clarify the water by removing microscopic (0.1 µm or smaller) particles of dirt suspended in the water which make it murky or cloudy. The dirt particles carry a negative electrostatic charge on their surface, which means they repel each other and remain suspended instead of settling at the bottom of a container. To remove the particles, chemicals called flocculants are added to the water. Flocculants contain soluble cations, which attract the negatively-charged particles, neutralising their charge and allowing them to stick together to form larger and larger clumps (flocs) which eventually sink to the bottom of the flocculation tank. The most common flocculant is potassium aluminium sulfate, or alum, but other cations like iron, calcium or magnesium, or positively charged polymers like polydiallyldimethylammonium chloride can be used.

Filtration through sand, gravel and charcoal removes the smallest particles, and chlorine is used to kill bacteria and viruses (decontamination), so the water that is pumped to your tap is safe to drink. Even so, there are a range of products available to purify it even further.

Water filter jugs can be bought in most supermarkets. The filter cartridges contain activated carbon, a highly porous form of carbon that has a very large surface area capable of absorbing chlorine, pesticides and other organic pollutants. The filter cartridges also often contain an ion exchange resin that can reduce the concentration of metal ions like calcium and magnesium (which cause limescale when they precipitate out of the water) as well as harmful heavy metals like copper, lead, arsenic, chromium, radium, and uranium. The ion exchange resin is made up of beads of a porous polymer with sodium or potassium bonded to a negative group such as carboxylate (NaOOC or KOOC). When water passes through the bead, strongly positive metal ion contaminants displace the sodium or potassium ions and bond to the carboxylate group (COO–) on the resin. The harmless sodium or potassium ions take the place of the other metal ions in the water that drips out of the filter.

In some places, water supplies are contaminated with specific compounds and require another purification step. A common solution to this problem is to use a membrane, a polymer layer with tiny pores that let water through but are too small to let through contaminants like organic molecules, metals, or bacteria (depending on the pore size). These unwanted substances are trapped, and purified water can be collected on the other side of the membrane.

‘Anything above 10 μm can be separated in a filter’ explains Professor Nidal Hilal, an expert on membrane separation at Swansea University. ‘Anything smaller can be separated with a membrane, from 10 μm to the atomic level.’ Nanofiltration (using a membrane with pores of 1–5 nm) is used in Bangladesh, for example, where some groundwater is contaminated with the poisonous metal arsenic, and in Paris, to remove pesticides from the water in the River Seine.

Andrea Schäfer, a professor of environmental engineering at the University of Edinburgh, designs membrane purification systems and believes they are particularly well suited for places where getting drinking water is difficult. ‘For example in natural disaster zones, where the infrastructure has been destroyed or was never there, a membrane plant can be set up from a container to start producing clean water straight away’ Schäfer said. Her research group has also set up a solar powered membrane filtration plant in the Australian outback. Closer to home, nanofiltration is used in remote communities in Scotland where providing clean water is a ‘major challenge’ according to Schäfer, due to organic material from peat contaminating supplies.

Sea water and salty groundwater can also be turned into a source of drinking water, thanks to membranes. Particles smaller than 1 nm, such as salt, require a process called reverse osmosis to separate them from water. In this technique, salty water and clean water are separated by a membrane. Normally, osmosis would cause pure water to flow through the membrane into the salty water, in order to dilute the salt further, reducing the difference in concentration between the two sides of the membrane. If enough pressure is applied to the salty side, however, reverse osmosis takes place: ‘you can push clean water back through the membrane, leaving contaminants behind,’ explains Hilal.

When water is scarce, waste water or sewage from the bath, shower or even toilet can be put to use and turned into drinkable water using a membrane bioreactor. These systems, which have been used to treat drinking water in Singapore and Australia, make use of the bacteria that are naturally present in the sewage. ‘The bacteria eat everything available,’ explains Professor Schäfer, before a membrane is used to filter out the bacteria and solid waste products. ‘The problem is people don’t like drinking it because it started as sewage, but it can be better than tap water’ said Schäfer. Professor Hilal also believes we need to re-think how we use water, by being less wasteful and making the most of under-used sources like waste water, flood water and rain water. ‘This is an extremely important message, especially for young people,’ he said.

In industry, treating waste water streams to remove organic compounds such as pesticides and unwanted pharmaceutical by-products is vital to ensure they don’t enter the water supply. Research into solving this problem has led to some interesting new decontamination methods that could be applied in the wider world.

One way to remove organic compounds from water is to use the highly reactive hydroxyl radical (HO•), which is one of the most powerful oxidising agents known. The so-called advanced oxidation technologies rely on generating hydroxyl radicals in dirty water, which then react with any contaminants, converting them into harmless molecules. ‘Hydroxyl radicals will destroy practically all organic compounds, forming carbon dioxide and water’ explains Professor Gianluca Li Puma, a chemical engineer at the University of Loughborough.

Hydroxyl radicals are formed when one of the covalent O-H bonds in H2O breaks and the oxygen and hydrogen atoms take one each of the bonding pair of electrons. The resulting unpaired electron on the oxygen atom is what makes the hydroxyl radical so reactive. The O-H bond can be broken in a number of ways: by vibrating it with ultrasound, by electrolysis, by reacting water with ozone, or with hydrogen peroxide in the presence of ultraviolet light. Li Puma’s team are developing a method that uses solar energy to power the bond-breaking reaction. ‘The idea is to use photons to activate a catalyst that can generate the hydroxyl radical’ said Li Puma. The catalyst, made up of titanium dioxide nanoparticles, is a semiconductor, which means it has electrons available to absorb energy from light (in this case ultraviolet light). These electrons become ‘excited’ and can move around the surface of the nanoparticles, in turn leaving behind a positive charge (or ‘hole’) which can oxidise water to form the all-important hydroxyl radical.

Li Puma says the TiO2 catalyst reactor is most suited to industrial applications, because of the cost of the catalyst. But if more efficient catalysts that absorb more light (especially in the visible spectrum) can be developed the technology might become cheaper. This could help to produce clean drinking water, especially in developing countries where there is a lot of sunlight. His group is currently working on a project to design a reactor that goes one step further than destroying organic pollutants, and could solve two environmental problems at the same time. ‘The hydroxyl radicals destroy the pollutants, but the electrons from the catalyst can reduce water too, and produce hydrogen that could be used to generate electricity in fuel cells,’ Li Puma explains. This could be a source of ‘green, renewable energy, using only sunlight,’ said Li Puma, who hopes to power the reactor’s water pumps using solar panels, making it totally self-sufficient. 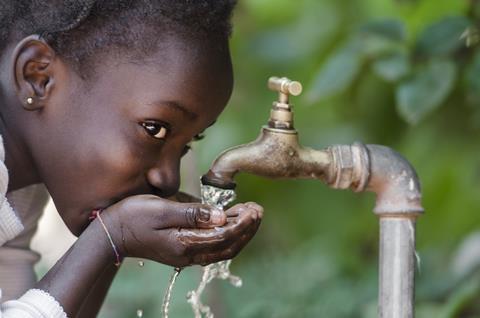 As the population grows, the global water crisis will become worse. The world will need to find new ways of keeping drinking water clean and safe wherever it is needed, and research by chemists will hold the key to solving this problem.