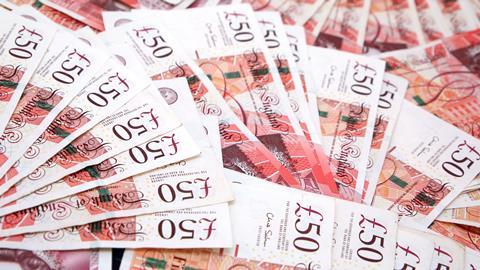 Which chemist would you put on the £50 note?

The Bank of England recently announced that it was inviting nominations for a scientist to put on the new £50 note. The Bank’s criteria are that it must be someone who’s contributed to science; they must be real; they must be dead. We’ve added our own criteria: they have to be a chemist. Here in no paritcular order are our picks, and why. Who would you choose?

‘If you’re going to commemorate a chemist, why not the first one?’ suggests EiC managing editor, Paul MacLellan.

For his discovery of hydrogen, or inflammable air as he called it. Or for his research into the composition of atmospheric air.

Because of his contribution to the periodic table, particularly as 2019 is the International Year of the Periodic Table.

Just like Dalton, he’s a candidate for his work on the period table, particularly as 2019 is the International year of the Periodic Table.

Still the only British woman to have won the Nobel prize for chemistry, she was the first to publish the structure of vitamin B12. alternatively, you could cite her discovery of atomic structure of penicillin in 1945, or for her demonstration that a protein had a regular molecular structure.

’Because she was one of the first two female fellows of the Royal Society?’ suggests EiC deputy editor, Lisa Clatworthy.

For her campaign for female admission to the Chemical Society, or for her First World War work on mustard gas.

Download these slides containing biographical information about these chemists [MS PowerPoint or pdf].