Combining the curriculum with curious tales 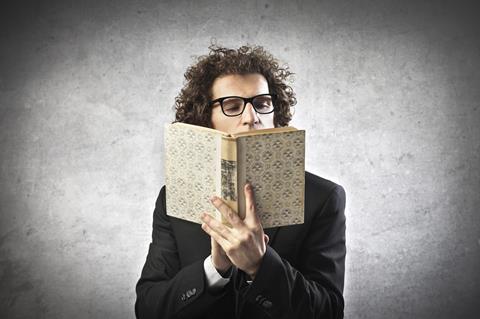 ‘Never deliver the curriculum!’ This was the heartfelt plea of my PGCE course tutor. Of course, her intention was that we focused on inspiring our students first and worried about the exams they were to sit second. But the balance between inspiring young minds and coaching them for exams is tough to strike. One solution is to tell stories that enthuse students and that also explain something they need to know.

For example, let’s look at the new GCSE chemistry specification, with some dry learning outcomes added. Students now need to determine chemical equations from masses recorded in experiments; have a knowledge of cathode ray tubes in the context of the historical discovery of the atom; and calculate atom economy.

Gunpowder is the perfect way to introduce the concept of determining equations from experimental masses. Legend has it that Chinese alchemists were trying to concoct the elixir for immortal life when they stumbled over this explosive black powder. Nowadays, we know the stoichiometric proportions in which to mix the reactants, but these pioneers had no chemical equation, so they honed the recipe the only way possible – experimenting with different proportions of carbon, sulfur and potassium nitrate until they got the blend just right. A fantastic exercise for students is to take the optimum proportion of the mass of each ingredient – eg 0.1 g carbon, 0.75 g sulfur, 2.5 g potassium nitrate – divide by molar mass for the number of moles, and witness how the ratio of moles matches the stoichiometry of the equation for the detonation of gunpowder: 2KNO3 + S + 3C → K2S + N2 + 3CO2. The numbers don’t quite tally thanks to competing side reactions – perfect fodder for extension activities. In fact the reaction is far more complex than this, not least because charcoal is not pure carbon, but this equation is representative of aspects of the overall reaction. Take it with a pinch of soot!  Teachers can even make gunpowder for class demonstrations, but consult CLEAPSS first.

Cathode ray tubes played a fascinating role in the invention of the television. Aged just 14, Philo T Farnsworth showed sketches to his teacher for an image-broadcasting device featuring a cathode ray tube. Later he secured funding from radio company Philco to build the device. Unfortunately, Philco was not the only firm with the foresight to insure themselves against the invention of television, which would surely end the dominion of radio over home broadcasting. David Sarnoff was the boss of the Radio Corporation of America and he was determined to beat Farnsworth to the invention of television.

When his chief engineer Vladimir Zworykin failed to produce the goods, Sarnoff resorted to dirty tactics. He filed interference claims for devices Farnsworth invented, obliging the inventor to make endless appearances in court. When this plan failed – and after Sarnoff was ordered to pay $1m in damages to his rival – he took a different tack. Sarnoff was a major customer of Philco and threatened to drop them if they didn’t sack Farnsworth, which is what they did. In his search for new investors, Farnsworth joined forces with John Logie Baird, the first person to create a working television. When the second world war erupted, funds were directed to the war effort and Farnsworth’s invention took a back seat. He was unable to realise his creation before the expiry of his patents, while Sarnoff was perfectly poised to exploit the design and made millions. As tragic as his story was, it shows that even a 14-year-old can produce a world class invention.

Chocolate is not only a wonderful invention, it also demonstrates a coup in atom economy. The beloved confection began life as a tea-like drink made from ground, roasted cacao beans, the two key ingredients of which are cocoa powder and cocoa butter. After the conquistadores introduced the beverage to Europe, an early complaint concerned the coagulation of melted cocoa butter on the surface. Coenraad Johannes van Houten used his chemical nous to create a method to separate cocoa powder from the cocoa butter. History remembers this milestone but van Houten also sparked a race to find a use for the leftover cocoa butter. Enter Joseph Fry, who had the audacious idea to recombine the cocoa butter with cocoa powder and a little sugar. That was how modern chocolate was invented. Fry didn’t just find a way to sell the by-products of making cocoa powder, he maximised atom economy by inventing a delicious food.

Tom Husband is a chemistry teacher and author of The chemistry of human nature, which explores the great pleasures of life – from eating chocolate to falling in love – and links them back to the origins of life on earth