There are no flies on Emma Stoye

One of the most annoying things about going on holiday – up there with trying to cram everything into your hand luggage, or worrying about where you left your passport – is the prospect of being constantly tormented by bugs.

If like me you have pale skin – an irresistible lure for flies, ticks and mosquitoes – one of the standard scents of overseas travel is the lemony tang of insect repellent. 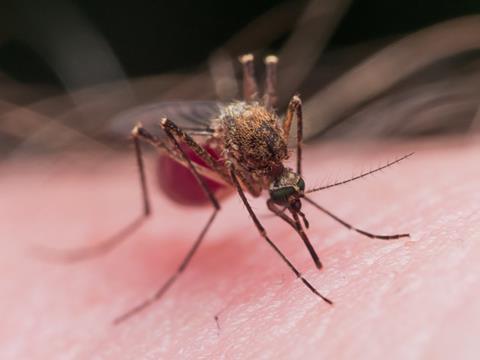 If you favour the citrus kind (rather than the gag-inducing deet-based variety) one of the substances responsible for the aroma is oil of citronella. This is the name given to oil extracted from various plant species – usually lemongrass – which is made up of several fragrant components, among which is the compound citronellol.

Like many natural products, citronellol is a terpenoid. It is often extracted from plants as a component of plant oils – oil of citronella is a good example. But there are also a number of routes for synthesising it, often starting with the closely related geraniol or citronellal, which are themselves natural extracts. When isolated, the citronellol itself is a pale oily liquid.

Citronellol has various uses, nearly all related to its flavour and smell. As well as being used to repel some bugs it can be used as an attractant for others, such as spider mites, which are common sap-feeding plant pests. It doesn’t actually cause the mites any harm, but citronellol sprays can be used to make them swarm, at which point they can be attacked with pesticides in an attempt to disrupt their life cycle.

One of citronellol’s most common and longest-running uses is to add floral and citrus notes to perfumes, soaps and cosmetics. Its effect on the senses depends both on the concentration and the structural form of citronellol present in the mix.

Perfumers use two different stereoisomers of citronellol, which each have quite different smells – the kind found in oil of citronella is (+)-citronellol, the more common isomer, and it has a characteristic citrus smell. (–)-Citronellol (sometimes called rhodinol) on the other hand has an odour described as ‘fresh, floral, clean rose’ and is one of the staple ‘rose alcohols’ used by perfumers to create floral scents such as rose and lily of the valley.

(–)-Citronellol is also a starting point for making pure rose oxide, a much stronger ‘rose’ flavour that is often used in foods. Both citronellols are often used as flavouring agents – cropping up in cherry, strawberry, peach, tutti-frutti and of course citrus-flavoured foods.

Existing as different isomers that each offer a separate sensory experience makes citronellol a compound of many talents. As well as making the posh hand cream I keep on my desk smell divine, it can tingle the taste buds, confuse a mate-seeking mite or drive away a troublesome fly.