Whatever the predictions, you won’t know for sure until the final whistle, says Tom Husband 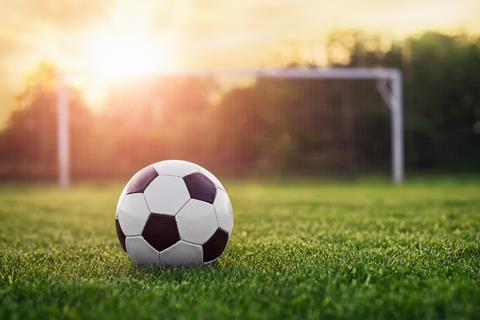 A football is at all times guided by the laws of physics. However, it is not possible to predict exact outcomes with certainty because there are so many variables

Football is a great analogy for science. Physicists determine the natural laws by which matter and energy interact. In the same way, the rules of football dictate which behaviours are permissible, which events score points and so on. Football players would obviously represent biology. But what makes chemistry like a game of football?

In the sitcom The Big Bang Theory, the character Leonard tells a joke about a farmer whose chickens are not laying eggs. A physicist offers to help, measures and analyses some data, and finally says: ‘I have a solution, but it only works for perfectly spherical chickens in a vacuum.’ Scientists simplify phenomena to make them easier to understand, but as real life is never so simple, the resulting models have limitations in what they can accurately predict.

For example, a fruit cell is made by poking two strips of different metals into the flesh of a lemon. The voltage generated between the electrodes can be estimated using standard electrode potentials, but the estimate is not likely to be very close to the actual measured voltage. This is because standard electrode potentials are measured in standard conditions, any deviations from which will affect the accuracy of the estimate. Standard conditions dictate a temperature of 298 K (24.85°C) and ambient pressure, equal to 1 atmosphere. Each half cell should consist of a pure strip of metal submerged in a 1 mol dm-3 solution of the corresponding metal ion. This could be, for example, a magnesium electrode in a solution of Mg2+ ions.

The fruit cell differs from one made of standard electrodes in numerous ways. First of all, room temperature is usually less than 24.85°C. Next, the ambient pressure inside a room changes with the weather. Also, a lemon will contain a host of ions, including Mg2+ and Ca2+, in varying concentrations and with varying degrees of access to the electrodes. Citric acid will also be present, which will affect the conductivity of the juices that enable the ions to move around the electrodes. The myriad chemicals present in fruit juice make it very hard for a model to predict accurately the voltage of a fruit cell.

This is where chemistry starts to resemble football. The laws of physics are the best tools available to inform our predictions about what a chemical system might do, but it is not possible to predict exact outcomes with certainty because there are so many variables. In the same way, it is very hard to accurately predict the result of a football match. Gamblers routinely try to call the results of games and betting shops employ analysts to weigh the odds.

David Beckham made his name with the accuracy of his kicks, announcing himself to the world with a goal scored from the halfway line against Wimbledon in 1996. Unfortunately, his legendary talent failed him in a penalty kick against Turkey in the qualifiers for the 2004 UEFA Cup. Beckham blamed the miss on the grass, which is just one of countless variables that can influence the outcome of a game. The ball is at all times guided by the laws of physics. The problem is, with so many competing variables, no computer exists that could navigate the complexity of any model capable of taking all the variables into account.

So, chemists will think carefully about their predictions, but in the end, the only way you can know for sure what will happen is by doing it for real and watching how it plays out – just like a game of football.

Many different fruits can be used to make fruit cells. Potatoes also work well, as do tins of Sauerkraut!