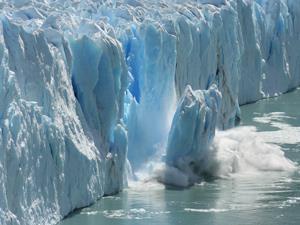 Climate change features in both the science and geography secondary school curricula in the UK, but as they stand such curricula lack coherence and are not encouraging teachers and their students to see the 'big picture'. If students are to play their parts as informed citizens and as scientists in the future it is important they understand the links between the different aspects of climate change.

Climate change is not new. Over billions of years, the energy reaching the Earth from the Sun has varied, and the composition of the atmosphere has changed, so that the overall climate and local weather patterns have altered markedly.

Underlying this are: cyclical variations in the Earth's orbit around the Sun in terms of its mean radius and eccentricity; changes in inclination to the plane of the ecliptic; and energy output from the Sun itself. On Earth, geological and biological activity has led to marked changes over time in the proportions of nitrogen, oxygen, water and carbon dioxide in the atmosphere, as well as the temperature distribution within it.

Although the variations have been significant in terms of their upper and lower extremes, these have taken place typically over thousands of years. What is remarkable about the recent rise in the mean temperature of the air at the Earth's surface, is that if changes in the CO2 content are ignored, no other mechanism can explain the rapid rate of increase. Conversely, when the characteristics of CO2 are incorporated, computer-based mathematical models show reasonable agreement with observations over the past two hundred years, or so. During this time, the concentration of this gas has risen from pre-industrial levels of 270 parts per million (ppm) to the present 380 ppm.

Together, both water vapour and carbon dioxide play an important role in absorbing infrared radiation emitted from the Earth's surface in response to receiving energy from the Sun. Without this, the thermodynamic balance between the Earth and the Sun would lead to a mean surface temperature of -18°C. The natural 'greenhouse effect' of these components in the atmosphere increases this by 33 degrees to 15°C.

However, computer modelling based on the work of the Inter-governmental Panel on Climate Change (IPCC) predicts that over the next two decades there will be a warming of 0.2°C per decade, largely owing to increase in the CO2 content of the atmosphere.

The principal reason for this change is that of all the energy used in the world, for power, heating and transport, 80 per cent still comes from fossil fuels. The latter are made up of oil (34 per cent), coal (25 per cent) and gas (21 per cent), most of which will be carbon.

The remaining 20 per cent of energy provision is from nuclear (7 per cent), combustible renewables such as wood, agricultural waste and small quantities of liquid biofuels (10 per cent), and renewables which generate electricity directly, such as hydro, wind, tidal, wave and geothermal (3 per cent).

The challenge facing chemists is how to address solutions that fall between two extremes. We could achieve a 'green' economy by capturing and storing all the CO2 from the continuing use of fossil fuels. This would involve centralised power generation and hydrogen production (by reforming), with an economy driven almost exclusively by electricity and hydrogen.

On the other hand we could replace fossil fuels by wider use of nuclear, biofuels, solar voltaic devices, concentrated solar power and the other renewables. Important issues here are land use and economics in harnessing energy from the Sun. The energy conversion process in photosynthesis can be less than 1 per cent, while photovoltaic generation of electricity presently yields up to 20 per cent of the incident solar energy (global average of 174 watts per square metre reaching Earth's surface) - though this is much more capital intensive than biofuel options. Together, energy provision would be more decentralised and diverse.

The way ahead will be to optimise the position for each country between these extremes, and focus on developing the science base to support changes in emphasis over time. This will require international leadership to establish the coordinated financial and regulatory frameworks, and ensure implementation of plans that minimise tensions over the next 100 years.