Does chemistry have a maths problem? 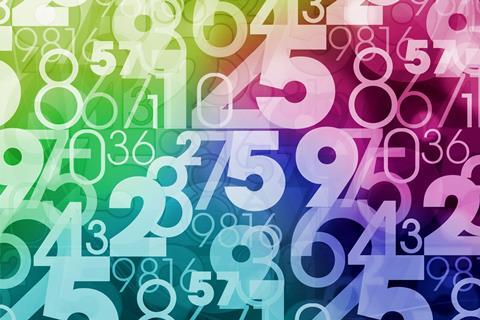 The higher education (HE) chemistry community and representatives of the chemical industry would indubitably say 'yes' and point to reports going back over a decade.1 The source of their concern may derive from the changes in the pattern of student choice at A-level over the past 50 years, from a combination of maths, higher maths, physics and chemistry to a much broader range of subjects. The increased numbers of students in HE also means there is a very different cohort studying the chemical sciences at degree-level than before.

There is a simple solution for those who say students taking a chemistry degree need to be competent in mathematics. That is for university chemistry departments to make a mathematics qualification obligatory. However, the counter pressures for 'bums on seats' in a competitive market makes this a forlorn hope. Research done by Robert Coe and colleagues at the Centre for Evaluation and Monitoring (CEM) at the University of Durham2 indicates that science and mathematics A-levels are 'harder' than many others so it is not sensible to increase the demand of these qualifications.

That said, the current A-level science subject criteria do specify the mathematical techniques to be used by the awarding bodies in developing specifications, which textbook writers use to produce course-specific books and which teachers use to devise a scheme of work for their students. However, where the system falls down is the failure of the awarding bodies to set challenging mathematical problems in the examinations based on the specifications.

At GCSE-level the situation is far worse. The current subject criteria for science (for specifications introduced in 2006) do not specify the mathematical requirements. Some awarding bodies, such as OCR and Edexcel, do state the mathematical techniques required in their science specifications. However, a recent study by SCORE (the Science Community Representing Education)3 on the 2008 GCSE Science and Additional Science papers found that while the majority of the questions set were based on correct science and required a knowledge of science to answer them, the amount and type of mathematics tested was minimal at this level.

The awarding bodies, and particularly the regulators (originally the Qualifications and Curriculum Authority (QCA) and now Ofqual) are culpable in allowing assessments that do not require at least some of the maths required by the specifications. Recently, however, Ofqual has begun to address this by insisting the awarding bodies take action to improve the situation in the short term.

It is to be hoped that SCORE will continue to monitor the situation in the medium term and those that comment on the examination system start to realise there is a lead-in time of at least two years from setting to sitting examinations.

In HE, most chemistry departments now run 'maths for chemists' courses, and in 2008 Pfizer joined forces with HE and the Royal Society of Chemistry (RSC) to develop a resource for helping undergraduates get to grips with mathematical concepts required as part of their chemistry degrees. The RSC-Pfizer Discover maths for chemists4 is a single web-based resource that links to the best of the existing maths resources available in chemistry departments across the UK. The question arises should there be something similar post-16 and if so who should fund and deliver it?

Pre-16 where science is compulsory the solution is simple. First the science and maths communities need to agree what mathematics is being taught, where and how. Then the regulator should require the awarding bodies to list the full range of mathematical skills required in GCSE science specifications and importantly test them. As we all know - if the awarding bodies assess it then teachers teach it and, sometimes, students become familiar with it. Students would then come to be aware that chemistry has a mathematical component and not be surprised to see this increase as they progress.

It is gratifying to see, as a first step in this process, that the GCSE subject criteria for the sciences published in December included a paper entitled mathematical skills for GCSE science specifications. Teachers with several years of experience will see that there is little that is new here, but recently qualified teachers may well be shocked by what could possibly be taught and examined. However, it remains to be seen if Ofqual will insist on the latter.

Colin Osborne is an independent chemical education consultant; he can be contacted at drcolinosborne@ntlworld.com.