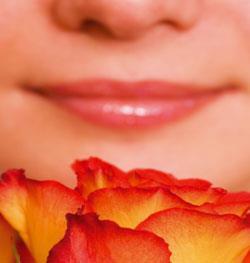 No, my title isn't a spelling mistake. A surprising number of nouns in chemistry end in -escence, while the adjective ends -escent and the verb -esce. We mustn't confuse -escence with essence, although they sound the same - there is an essential difference.

The ending -escence means becoming or beginning to be from the Latin -escens, beginning to be. So, senescence means beginning to be old. This word ending is found in many technical words, and knowing what the ending means often helps you to guess the meaning. For example, Rubescent and rufescent both mean the same thing - becoming red, from two words for red. Likewise virescent and viridescent both mean becoming green. Acidescent and alkalescent are opposites, meaning becoming acid or alkaline respectively. Liquescent (and deliquescent) means becoming liquid (sometimes used to describe melting) but there seems to be no similar word for becoming solid. However, vitrescent means turning into glass.

Florescence means bringing forth flowers (not to be confused with fluorescence.) In chemistry efflorescence strictly means to put out flowers and poetically refers to the loss of water from salts. Examples of this are when blue copper(II) sulfate turns white as water is lost, or in brickwork where salts are brought to the surface of bricks or cement in solution, and the water evaporates leaving unsightly salt deposits on the surface. Sometimes these look as though flowers have appeared on the surface.

Iridescent means to become like a rainbow eg a surface which reflects light in many colours. This comes from the Latin iris, meaning rainbow, from which the element iridium is named, as it forms a range of colours when dissolved in hydrochloric acid.

The noun essence comes from the Latin word essentia, meaning being or substance, from the verb esse, to be, from which we get essential.
We talk about essential oils, which contain the concentrated chemicals responsible for smell, and perfumers also talk about essence of roses etc. Scent and aroma both refer to pleasant smells and there is a word aromescent, meaning to become aromatic or scented. It is interesting that scents and aromas are nearly always pleasant, whereas smells usually stink! All smells are due to volatile chemicals and smell is one of our most useful senses, and a good sense of smell used to be essential for a chemist.