From pewter to pinchbeck 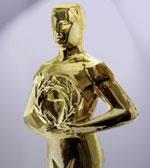 Pewter is a bluish-grey alloy of tin (85-99 per cent) with copper or other metals, which may be shiny or dull in appearance. The word's origin is obscure but is thought to be a corruption of spelter, an old name for zinc, which passed into other languages, eg the French peautre. In Roman times the alloy contained over 30 per cent lead. This made it harder than lead, and easily cast into intricate shapes which were fairly corrosion resistant. It was widely used for making plates, utensils etc. However, eating regularly from vessels containing lead is not recommended because lead dissolves in food acids, leading to lead poisoning. Today such pewter is used only for souvenirs.

Britannia metal is a modern version of pewter which comprises tin (93 per cent) with antimony(5 per cent) and copper(2 per cent). The Oscar statuettes are not solid gold, but Britannia metal plated with gold.

In the 1700s, a London clock maker, Christopher Pinchbeck invented an alloy of zinc (17 per cent) and copper (83 per cent), ie brass, which he sold as imitation gold or 'pinchbeck metal'. Although Pinchbeck himself did not try to deceive, other jewellers tried to pass the cheap alloy off as real gold and thus the word 'pinchbeck' came to be used to mean fake or imitation. It was sometimes known as 'poor man's gold' and pinchbeck also became used to mean cheap and tawdry.

Fool's gold is often seen as specks in coal and is actually iron pyrite, FeS2. Pyrite gets its name from the Greek pyros, meaning fire, because it can be used to produce sparks. The 19th century English engineer, Henry Bessemer, who is known for inventing the process for manufacturing steel via the oxidation of pig iron, made his initial fortune by making fine brass powder, which was used as 'gold' paint and known as Bessemer's gold. Until that time the only source of 'gold' paint for gilding was Nuremberg in Germany. Gilding is the process by which a thin layer of gold or imitation gold is applied to a surface, and Bessemer made a fortune out of fake gilding, reminding one of the phrase 'all that glitters is not gold'. Imitation gold leaf made from brass is sometimes known as Dutch gold or Dutch metal. Unlike real gold leaf, imitation gold tarnishes in air unless it is protected by varnish.