In the public eye

The role of teachers in the public perception of chemistry 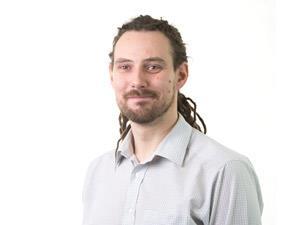 I haven’t spoken to my high school teachers in years. Not since I left high school, in fact. I assume this is normal, and I’m not self-absorbed enough (yet) to imagine that my old teachers ever wonder what became of me. But I do, from time to time, think it must be strange for teachers – to nurture and encourage students for so many years only to never hear of them again.

I occasionally think about the pupils I taught during my own very short teaching career, and wonder if my teaching had any lasting impact on them. But when I do, I only remember the few gifted and most hardworking students – those I’d developed the closest relationships with and whose future careers were likely to be in my subject. What about the rest? What did I do for the students whose names and faces I can’t quite remember?

Have they forgotten me too? What memories do they have of my classes, and how have they shaped what they think now?

Last month, the Royal Society of Chemistry released the results of its public attitudes to chemistry survey, a large study into the public perception of chemists, chemicals and chemistry. The results highlight some interesting challenges for teachers.

Unsurprisingly, people’s perception of chemistry is closely associated with their experience of the subject at school. This is, after all, probably the first and only time most people encounter a set of concepts and facts neatly packaged under the title of ‘chemistry’. And it means that, as things stand, chemistry teachers have the most influence in shaping the public perception of the chemical sciences.

The survey also found that school is where 25% of people were put off chemistry. I don’t think this is quite as bad as it sounds. While we’d rather not ‘put off’ a quarter of our students, we certainly don’t expect them all to be as fascinated by chemistry as we are. Students have preferences in the subjects they study, and they won’t all prefer chemistry. All the same, it’s worth considering what you think this figure would be if your own students were surveyed.

Perhaps the biggest challenge highlighted by the survey is the general public’s lack of understanding of what chemists do. When initially asked, many respondents confused chemistry with pharmacy. And while most people know that chemists are concerned with atoms, molecules and elements, very few have much idea about what they do with them. Without a strong idea of the role of chemists, many people fall back on stereotypes.

After all, the vast majority of chemistry research is publicly funded, and if we expect people to support future progress we need to show them the value of our science when they first meet it – in school.