Tom Husband wonders why we continue using a disliked concept 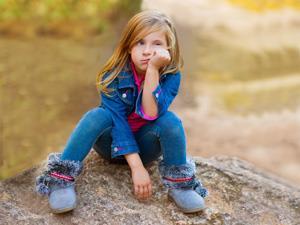 At the start of term I asked my new students to say one thing they loved and one thing they hated about chemistry. One replied: ‘I couldn't find much to like about the limestone cycle.’

I feel the same way.

References to limestone in school curricula date back to at least 1925, when one researcher in the US despaired that half of their students could not name the mineral in the rock. It seems students found limestone boring back then, too.

Limestone probably boarded the science curriculum gravy train by helping to debunk the phlogiston myth. Joseph Black performed the same thermal decomposition that we inflict on our own students, helping to establish that gases have mass.

The misconception that gases are massless persists even now, so maybe what I’m really railing against is the dumbing down of textbooks, which are increasingly free of such historical facts and could usefully place more focus on misconceptions.

Exactly what chemical concepts does limestone so uniquely demonstrate? It undergoes thermal decomposition, but so do cracked alkanes, which students also have to learn about. Other than that, there is just limestone’s cyclical reactions.

Why not focus on calcium carbonate in more engaging environments? Studies have predicted that coral reefs will disappear within a century. Our students may not have visited the Great Barrier Reef, but they have all seen Finding Nemo. Carbonic acid formed from dissolved carbon dioxide reacts with the coral, distressingly producing yet more carbon dioxide. But interrelated equilibria will ultimately enable nascent crustaceans to form new seashells from the dissolved ruins of their ancestors.

But when it comes down to it, the limestone cycle doesn’t demonstrate anything that some other process could not do so more engagingly. It's time to give this stultifying sedimentary a marine burial in a pair of concrete galoshes.

Tom Husband is a chemistry teacher and science writer, find him on Twitter