Science, the blogosphere and education 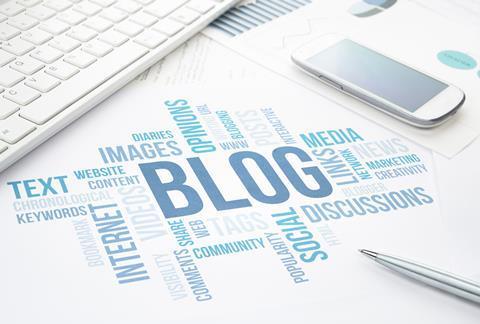 When hacked e-mails from Scientists at the Climate Research Unit (CRU) in East Anglia were made public last year, denialist bloggers quoted statements to do as much damage as possible to public trust in climate scientists. Other bloggers - such as the scientists who contribute to 'RealClimate' - were quick to retaliate but much damage was done, especially in the run up to the UN Climate Change Conference in Copenhagen at the end of 2009.

Debate about science in the blogosphere cannot now be ignored. A survey in May this year showed that science accounts for 10 per cent of all stories on blogs but only 1 per cent of the stories in the mainstream media. Inevitably bloggers concentrate on the controversial topics such as energy policy and climate change. But when the British Chiropractic Association (BCA) pursued a libel action against Simon Singh - who had attacked the BCA for promoting 'bogus' treatments - it was bloggers on the side of evidence-based science who exposed the lack of rigour in the 'plethora of evidence' put forward by the BCA.

The case against the CRU scientists seemed so serious that there have been three separate reviews of their methods. The scientists have largely been exonerated, but they have been found to have consistently failed to display a proper degree of openness.

Citizens who want to engage with these increasingly public debates need to know how to make sense of the conflicts between experts in areas where the science is controversial. Traditional school science has limited value in helping people to understand such issues because we only introduce the scientific ideas and explanations which are well established. Too much emphasis on 'what we know' and not enough on 'how we know'.

We cannot expect school students, let alone most adults, to make sense of the technical arguments at the frontiers of research. However we can put more emphasis on the methods of science and how the scientific community challenges and validates new discoveries and theories. This is what is now called 'how science works'.

The 350 year celebrations of the Royal Society, with its motto Nullius in verba (take nobody's word for it), remind us of the central importance of evidence, not opinion, in science. Scientists are rightly sceptical and take a critical approach to new claims. This is why openness in science, and the steps taken to challenge new data before and after publication, are so important. In our teaching we need to show the proper role of scepticism in science and distinguish it from denial.

The curriculum changes that shaped GCSE Science from 2006 were based on the principle that more emphasis should be placed on meeting the needs of the majority, who will not become scientists. Unfortunately the implementation of the new approaches was rushed and far too little work was done to ensure the methods of assessment were fit for purpose. As a result, the new curriculum has failed to persuade people that a science course to meet the needs of the majority is necessary. Instead, preparation for AS-level remains the primary demand, and this largely determines the new criteria that GCSE Science must meet from 2011 - regardless of the fact that this is irrelevant for over 80 per cent of those taking it.

Sadly, it seems extraordinarily hard to move on from the situation Professor Higginson described in his 1988 report about broadening the A-level curriculum:

The failure to alter the terms of the debate about school science reflects a failure to give teachers, parents, governors and politicians a clear vision of the knowledge and skills that are being developed by the new curriculum - and a clear enough demonstration that these skills are needed by all citizens in a modern democracy.