The early teaching of chemistry 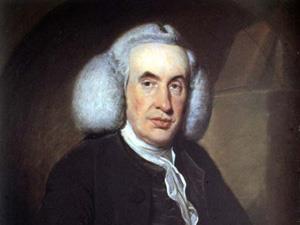 A longer version of this blog post first appeared on www.michaelseery.com

They don’t make student satisfaction quotes like they used to.

'Dr Cullen was always at pains to examine his students from time to time on those parts of his course that had already been delivered; and wherever he found any one at a loss, he explained it anew, in a clear, familiar manner, suited to the capacity of the student.'

This is a quote from a former student of William Cullen, who took up the chemical lectureship at the University of Glasgow in 1747. He held the first independent chemistry lectureship in Britain and Ireland, with chemistry previously being what we today consider a service course to medicine.

What did Cullen teach? A syllabus from 1748 survives, and shows that this was an exciting time for chemistry. Lavoisier was only 4 years old when Cullen took up his lectureship, and the subject was still in its infancy. Cullen wished to expand it from the narrow confines of application to medicine, instead highlighting its application to a variety of areas of importance. He wrote in one lecture: '[chemistry] has been taught with very narrow view'.  Alluding to the agricultural and industrial relevance of chemistry, he continued:

The syllabus contained an introduction to the history and use of chemistry, followed by a consideration of the doctrines of the primary causes of chemical reactions ('changes in bodies occurring in chemical operations') and discussion on solution, distillation and fusion.  Particular emphasis was then given to three major subdivisions: salts (considering acid and alkalis), sulphurs (considering natural products), and waters (with mineral waters).

There was a strong emphasis on practical chemistry. Lectures often opened with a demonstration. Alarmingly, one included the preparation of nitric acid, and the regenerating of potassium nitrate, to illustrate the nature of 'mixts'. Unusually, and probably uniquely, he encouraged inquiry by students, introducing voluntary practical classes. But Cullen learned a lesson then that chemistry lecturers have been learning ever since: if you don’t assess it, they don’t do it. He lamented in his final lecture to students that:

'I proposed that during the course you should have acquired some knowledge [of experimental manipulation] in this way. The laboratory has been open to you, but I am sorry to find that so few of you have frequented it.'

After a time at Glasgow, Cullen moved to Edinburgh, starting a course there on 12 January 1756. A decade later he was promoted to the chair of institutes of medicine at Edinburgh. He was replaced as lecturer in chemistry by Joseph Black, Cullen's former assistant at Glasgow.

Cullen's two decades of teaching chemistry at Glasgow and Edinburgh were characterised by an interest in conveying the breadth of the subject and its variety of applications. He had the hallmarks of what we would today consider a reflective practitioner. In 1760 he wrote:

'It will only be when the languor and debility of age shall restrain me that I shall cease to make some corrections of my plan or some additions to my course.'