The gens have it 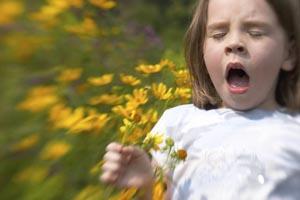 The suffix -gen is common in chemistry, biochemistry and biology. The ending means 'former' or 'maker' and comes from the Greek word genes. When we see this ending we know that the substance described helps something to form or makes something.

Hydrogen is the water former. Oxygen is the acid former (from Greek oxys, meaning acid or sour) and nitrogen is the nitre former. Get the idea? The halogens (Group 17) are salt formers and the chalcogens (Group 16) are ore formers, from the Greek chalcos meaning ore, because many metal ores are either oxides or sulfides (also known as chalogenides).

The ending is more common in biology and biochemistry than in chemistry. Glycogen is the polymer of glucose. In the body glycogen acts as a store for glucose, producing the sugar when required by the body. Oestrogen, the female sex hormone, is the 'desire' former because the prefix oestrus means desire/heat. A mutagen is a substance that produces mutations (from the Latin mutare, meaning to change) and thus may cause cancer, in which case it is a carcinogen (from the Greek karkinoma for a cancer, derived from karkinos meaning crab). If you suffer from hayfever you are reacting to allergens in your environment (allergy formers), which in turn produce antigens.

Angiotensin is a hormone that causes us to experience thirst and is an example of a dipsogen (from the Greek dipso, meaning thirsty). This root also gives us dipsomaniac, ie an alcoholic. The molecule that forms angiotensin is called angiotensingen. In medicine a pyrogen is something that induces fever (derived from the Greek pyr/pur, meaning heat or fire). Pyrogen-free water is free of substances that can cause infection and is used in hospitals for making up solutions.

It's in the genes

Genes are the chemicals that act as blueprints for our bodies. From this root come genetics and generation. The genitalia are those organs that are involved in reproduction. The word comes from the Latin genitalis, which means concerning birth. At the opposite end of life is a pathogen which causes death. Endogenous means something that forms from within an organism, as distinct from outside (exogenous).

A new word to me is comedogenic. The word means causing or aggravating acne and comes from the Latin comedere, meaning to eat up, presumably because acne consumes one's skin.