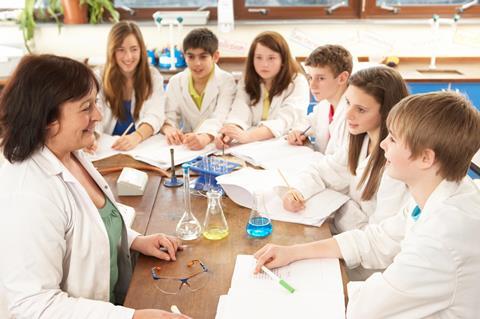 The government has announced that all pupils achieving level 6 in their Key Stage 3 science SATS should be entitled to study triple science - biology, chemistry and physics - at GCSE. The reasons include the beliefs that not only will this encourage more pupils to follow STEM subjects - science, technology, engineering and mathematics - at A-level, but that pupils will perform better at A-level as measured by them achieving higher grades.

Such assumptions are based on an analysis of data collected by the Department for Children, Schools and Families (DCSF) from the cohorts of pupils who have taken triple science up to now. These were small groups of self-selecting pupils who were really interested in the sciences. So it is surprising in a science education system where the importance of fair testing has been propounded almost to excess, that the Government believes that what has been achieved by this small enthusiastic cohort of pupils can be achieved by a much larger cohort who may or may not be interested in science but their general ability in science is level 6. And this does not allow for the nature of the teachers they will have, ie whether they are subject specialists or not. Nevertheless, to this end the Government has invested heavily in the triple science support programme delivered by the Learning and Skills Network (LSN).

Triple science for all?

It is my contention that triple science may not be the best option for many pupils because:

Moreover, the content of the separate GCSE chemistry varies widely according to the different awarding bodies. While some look to use the extra time to widen and deepen previous knowledge of topics already covered, others add new material. There is some consensus on the coverage of analytical chemistry, though quantitative analysis features strongly in some, qualitative analysis in others and at least one awarding body recommends both. There is no consistency on the inclusion of additional organic chemistry topics or for that matter on green or applied chemistry. In contrast the combination of core and additional science in double award science contains roughly the same chemistry across the awarding bodies.

Thus the argument that studying separate GCSE chemistry will provide a better preparation for the A-level falls immediately for those pupils who move from 11-16 schools into sixthform or FE colleges because they will have a variety of GCSE experiences. In addition the criticisms levelled at the spiral curriculum ie of repetition, may well equally be levelled at the extra content of GCSE when the students cover it again at A-level.

Recent evidence from the Institute of Engineering and Technology1 indicates that the major factor that influences young people's choice of subjects post-16 is the quality of the teacher. 'High quality' teachers are those with a specialist qualification in their subject who can provide an interesting and exciting learning experience for their students. The report stresses that the curriculum is not a major factor in pupils' choices, though experiences that relate to their lives are helpful.

I believe that the best preparation for post-16 study is for students to be taught core science and additional science in approximately 20 per cent of curriculum time by a subject specialist who is not afraid to be diverted by 'red herrings', who can exemplify instruction by the use of anecdote and relevant everyday examples, and who allows students plenty of time to experience practical work. This is in contrast to students who are taught triple science in less than 30 per cent curriculum time, are taught to the test and do minimum practical work.

But, with the current emphasis on examination results and league table positions, are management teams in schools, heads of science or chemistry, and teachers brave enough to oppose the orthodoxy of Government thinking?

Colin Osborne is the education manager, schools and colleges, at the Royal Society of Chemistry (RSC). The views expressed here are his own.