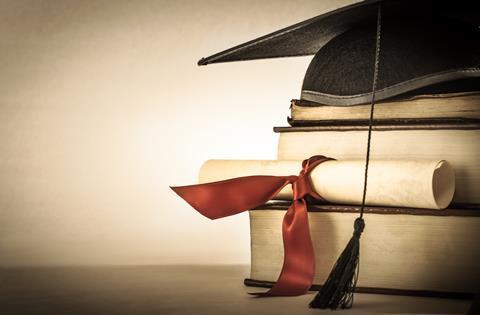 Despite the 'favourable' research settlement in the recent CSR, for which we should be genuinely thankful, the detail of the distribution of science budgets is yet to be settled and obtaining research funding is going to be a real challenge for staff in the next few years. However, it is on the teaching side that universities face the biggest unknowns.

Many universities are expected to charge £9000 pa for courses like chemistry. We do not know how the student 'customers' will respond, but we have to recognise that this funding merely replaces what is no longer offered by the Government, so departments will be no better off financially. Meanwhile it is likely that students paying such fees will make increased demands on staff in terms of quality of provision.

At least in the short term, it is likely that UK university applications will decline for financial reasons, and this means a student recruitment problem looms.

Maybe it is time to reconsider the current provision of chemical sciences teaching and research. Most universities offer four year enhanced undergraduate degrees leading to MChem or MSci qualifications, supposedly to counteract the reduced level of preparedness of school leavers, as well as to enhance research training. More cynically, these courses give four years of teaching support per student, rather than the normal three. Since Government support has now virtually disappeared, maybe we should think again about the model for HE in chemical science.

Suppose we offered a more general three year course in science, with chemistry as a speciality. This would be perfectly suitable for many students who wished to leave at this point. Students wishing to pursue an advanced understanding of chemistry would then be required to take a masters course of between one and two years duration and a subset of successful masters students would then go on to PhD.

This model would only work if funding was made available to support the second-level master's courses, and it might lead to fewer students than at present proceeding through the system to PhD level. However, since the stated aim of the present administration is to concentrate research in fewer HEI's, this would not affect them so much, but of course would not please smaller research departments.

What of student recruitment? There is little doubt that admissions based on A-level grades favour entry from independently educated students, and there has been pressure on all universities to ensure an enhanced intake from state-educated cohorts. Most universities have extensive outreach activities seeking to achieve this - and I believe outreach is immensely worthwhile - but statistics show that there has not been any dramatic effect on changing the social mix of students. Moreover, the present recruitment process, and the league table mentality, induce in students the feeling that once over the hurdle of admission, a good degree will almost inevitably follow.

Since, as the Sutton Trust has shown, there is an imperfect correlation between A-level performance and ultimate degree classification, why do we bother with this increasingly fraught and time-consuming process? Why not follow the continental model and lower the requirements for entry into undergraduate courses to increase the intake significantly? If rigorous assessment was performed during the first year of the course many students would fall by the wayside, but those that thrived would be the better for it, and the criteria for success would be in the hands of the universities, not an external qualifications body. The model would require much larger classes in the first year or two, but larger numbers could bring in larger numbers of fees, and the fee for the first year of entry could be lower than subsequent years.

The situation facing those involved in the teaching of chemical sciences, and research in chemistry, is mostly seen as threatening but it also presents opportunities for some radical thinking about how and what to teach, who to admit, and what and where research will be conducted, and by whom. Whatever the outcomes, pain will be experienced in the next few years, but who knows, perhaps a better range of provision could result. What seems certain is that the status quo cannot persist and those institutions which respond positively to change will be those which thrive.

David Phillips is Professor Emeritus at Imperial College London and President of the Royal Society of Chemistry.

The views expressed in this article are private, and do not necessarily represent RSC policy.