Pharmaceuticals have been found in waterways around the world

The global extent of pharmaceutical pollution in waterways has been revealed in a new study that has also shone a spotlight on contamination hotspots around the world. A lab in York worked with samples from 259 rivers, encompassing 104 countries on every continent, to build up a picture of contamination of waterways with drugs. Samples were collected at 1052 locations, and all used the same high-performance liquid chromatography–mass spectrometry technique to detect pharmaceuticals. 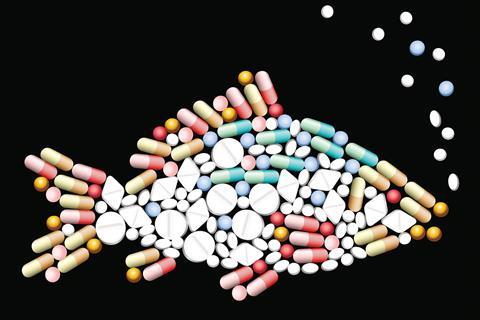 Don’t go in the water. Researchers are finding out what lurks in the world’s waterways

The study found that the most contaminated sites were in sub-Saharan Africa, south Asia and South America. Waterway pollution results from the production, disposal or human use of pharmaceuticals. Some pharmaceuticals in rivers can influence the sexual development and behaviour of fish and other animals. The pollution of waterways is also thought to be stoking the rise of antibiotic resistance.

Regions with looser regulations on access to medicines, such as availability of antibiotics over the counter, showed a greater range of contaminants. Very low-income countries had the lowest concentrations of pharmaceuticals, likely due to limited access to medicines. Lower- to middle-income countries had the highest concentrations, attributed to an absence or lack of wastewater infrastructure.

It has been suggested that improved wastewater treatment should accompany better access to drugs. Pharmaceuticals that degrade better as they reach the environment or break down in the sewage treatment plant should also be developed.

A starter slide of this article with questions to use with your 14–16 students: rsc.li/3pVLQD0