Is propofol a killer?

Few people will not have been touched by the tragic death of musician and pop icon Michael Jackson last summer. The cause of his untimely death has been linked to the drug propofol. What is propofol and is it lethal? 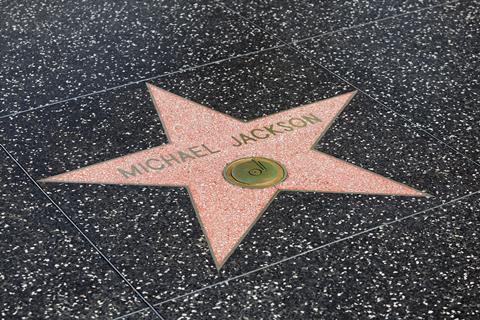 Conrad Murray first met Michael Jackson in 2006 when he was treating one of his children. He became the star's personal physician a few weeks before Jackson's death. In police reports, he admitted injecting the singer with 50 mg of propofol each night to help him get off to sleep, which is about half the dose used to induce anaesthesia for major operations.

On the day Jackson died Murray allegedly told detectives that he feared Jackson was becoming addicted to propofol (1) so he was trying to wean him off it by reducing the dose to 25 mg, and supplementing this with two other intravenous drugs - midazolam and lorazepam. These drugs are similar to Valium, which is commonly used to treat anxiety and insomnia. The former is a short-acting anaesthetic agent, the latter a longer acting sedative.

The cocktail had apparently been successful, and eventually only midazolam and lorazepam were given. However, on the night of 23 June, this was insufficient. Murray started by giving Jackson 10 mg of Valium at 1.30 am, then injections of midazolam and lorezepam at 2.00 am, both of which were administered again at 5.00 and 7.30 am. When all of these failed to send his patient off to sleep, at 10.40 am he is reported as saying that he responded to the star's repeated pleadings by giving him a 25 mg injection of his 'milk' - the intravenous emulsion of propofol. Within minutes Jackson was dead.

Had Jackson been killed by this last injection? Lee Cantrell, director of the San Diego division of the California Poison Control System was reported in the papers saying: 'Twenty-five milligrams of propofol is not a whopping amount, but by combining it with a cocktail of other sedatives, known as benzodiazepines, it might have been the trigger that pushed him over the edge..This is horrible polypharmacy. No-one should treat an insomniac like this'.

The Los Angeles county coroner ruled that Michael Jackson's death on 25 June was homicide. In the US 'homicide' means death occurred as a result of someone else's actions, but does not necessarily mean that murder, or even any crime, was committed. So what do we know about the use of propofol as an anaesthetic?

During the first half of the 19th century hospital operations were uncommon, perhaps averaging a couple per week in a large city hospital. Not only was death from blood poisoning a real possibility, with up to half the patients dying from post-operative wound infections, but without anaesthetics the pain was almost unbearable. The terrified patient would be strapped down on the operating table, awaiting the knife and surgical saw.

The introduction of anaesthetics in the 1840s was to change this radically. Chemicals would send the patient to sleep while the surgeon did his work. Three effective anaesthetic agents dominated practice for the next 100 years: nitrous oxide (N2O), also known as laughing gas, for short operations such as tooth extractions; and ether and chloroform (trichloromethane) for longer operations.

But ether and chloroform had disadvantages. Inhaling these vapours caused feelings of suffocation, so patients tended to struggle while being prepared for the operation; and nausea and bouts of vomiting were common during the hours it took to recover from the anaesthetic. A remedy for both these defects eventually came in the form of a short-acting drug, sodium thiopental, which could be given by intravenous injection.

Sodium thiopental was used increasingly from the mid-1930s to induce anaesthesia for about 5-10 minutes, sufficient for brief operations. Repeated injections could prolong the anaesthesia, but led to long recovery times. While popular with anaesthetists, its drawbacks prompted chemists to continue their search for something better.

On reflection, phenols were unlikely candidates as anaesthetics. They are poisonous and, used undiluted, caustic to skin. Their limited solubility meant there was no safe way of getting them into the patient. During the 1950s, however, chemists 'solubilised' these compounds by converting them into an emulsion using an agent well tolerated by the body (a popular one was Cremophor EL, an epoxylated castor oil).

In the 1970s chemists at the ICI Pharmaceuticals Division, Macclesfield, decided to see if emulsified phenols might have some anaesthetic potential. Of the many tested, the best was 2,6-di-isopropyl phenol. Christened propofol, it was even better than sodium thiopental, and is by far the most common anaesthetic used today. Repeated injections allow longer operations and once these are over, patients wake remarkably clear-headed and without the traditional feelings of sickness.

A drug of abuse?

Propofol is not a popular drug of abuse. It has to be administered by intravenous injection: too little and you are wide-awake; too much and you are asleep; a bit too much more, and you are dead. In theory a 'high' is possible - a sleepy stress-free twilight as you are briefly 'going under'. Because the drug is short acting, abusers would need to inject themselves 50-100 times for the desired effect, which is not conducive to getting the dose right. Not surprisingly, there are few abusers, and most come from the medical profession - doctors, nurses and anaesthetists.

Paul E. Wischmeyer, professor of anaesthesiology at the University of Colorado is an expert on propofol abuse. Writing in Time magazine in August 2009 he said, 'The potent drug has benefits in the operating room but poses major risks for abusers. In the right hands, the drug is the most effective, safest anaesthetic that many of us use. In the wrong hands, it's a very lethal drug'.

According to Wischmeyer, he first encountered a death from propofol in 1999, when a fellow student over-dosed and was found with the syringe still stuck in his arm. Although safe when used properly in the operating theatre, self-administration even by medically qualified staff is risky. Wischmeyer estimates that one third of such abusers will die from it, commenting, 'I've never found a non-medical person abusing this drug that has ever lived. Propofol's potency leaves very little margin for mistakes. The terrifying thing about this drug is that it might take your stress away, but if you take one or two cm3 more, you stop breathing'.

The Michael Jackson tragedy has led to calls for greater control over the availability of propofol. Patients, no matter how rich or famous, should be advised if they have major problems with substance abuse (prescribed or otherwise) and that continued substance abuse prevents normal sleep patterns. A better approach would be to help patients address these problems. Propofol belongs in the operating theatre and intensive care unit, nowhere else. Excessive restrictions on its storage and availability will, sooner or later, leave a critically-ill patient waiting in pain for propofol - not unlike the situation in the early 19th century. A disaster for one individual should not provoke an overreaction that could damage others.