How real is real? 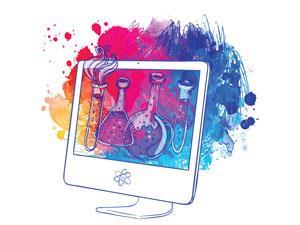 The scope for students to engage in scientific investigations through the medium of remote access technologies is increasing rapidly. Little is known about student perceptions of how ‘real’ such investigations are, and how immersed they are in the experience. Similar questions arise over the use of virtual experiments and simulations, and research in this area is important.

In this article, Childers and Jones outline an investigation into the perceived realness of a remote experiment involving the use of electron microscopy to examine fruit flies.

The study involved 72 9th and 10th grade students at a high school in the US who were randomly assigned to experimental and control groups. Both groups experienced the same remote experiment in which they studied the anatomy and morphology of fruit flies. To investigate students’ perceptions of ownership in remote learning environments, students in the experimental group were able to select their own specimen in class, using tweezers to place it in a vial of ethanol before mailing it to the laboratory. Students in the control group instead investigated a fruit fly selected by the scientists. During the experiment, all students were able to change the magnification, and ‘drive’ the electron microscope to view different parts of the specimen. Additionally, students were able to ask questions of the scientists in real time using a chat function built into the interface.

After the experiment, students completed a virtual presence survey, with additional data coming from interviews. Both groups were likely to report high levels of perceived realness, although interview data indicated a higher incidence of students in the experimental group commenting on how different ‘their’ insect was from other groups’ insects, suggesting that a sense of ownership was important.

Although responses to many items on the survey were similar for both groups, there were some significant differences. In particular, students in the experimental group were more likely to report being able to concentrate and were less likely to be confused than those in the control group, who were more likely to report being aware of the computer program and the location of sounds. These differences show more research is needed to identify strategies that maximise student engagement and interaction with virtual experiments, as advances in technology will undoubtedly lead to an expansion of such work in the coming years.