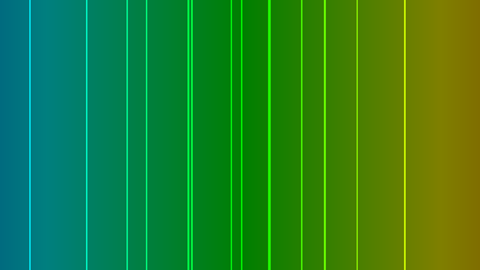 Chemistry topics that involve any aspect of quantum theory are often problematic for students. This may be due to the increased numerical demands from a topic that is primarily assessed through calculations. In addition, aspects of quantum theory are abstract and often counter-intuitive, placing additional strain on students developing an understanding beyond any numerical difficulties.

The authors conducted one-on-one interviews with a small group of students, during which a set of conceptual questions relating to atomic spectra were answered aloud by the students. These were recorded, and the data were coded and analysed to illuminate the underlying concepts that students use when explaining atomic spectra. More importantly, each student’s use, or omission of use, of these concepts allowed the authors to understand the mental model that a student used.

A mental model is the knowledge structures an individual holds about a specific concept that are used to construct their understanding.

Among several important conclusions from this study, two stand out. First, the concepts of electron transfer and photon energy are identified as ‘threshold concepts’ – concepts that open a door to a new way of thinking, enhancing the ability of learners to master a topic.

Second, one of the mental models, the Primitive scientific model, cannot be identified through assessment by calculations alone. This is because students will still be able to calculate photon energies based on them being equal to the difference in energy of the relevant energy levels, without considering any electrons. So, in a topic where calculation is the primary means of assessment, this mental model can linger unchallenged.

Fortunately, there are some simple strategies that you can use to either minimise the construction of these alternative mental models or allow for the adoption of the correct one.