Examining the representations of chemical bonding in textbooks 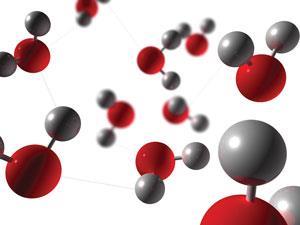 The use of models to explain concepts in chemistry is of paramount importance. The ways that models are communicated in textbooks using different types of representation can make or break a student’s (or a teacher’s) chances of coming to terms with a complex chemical idea.

Bergqvist and colleagues have analysed five widely used Swedish textbooks with a view to identifying the influence of the representations of models of chemical bonding on students’ difficulties in understanding the topic.

The article’s introduction provides a thorough and very useful review of previous literature in this area, which will be of interest to anyone teaching about bonding. There is detailed discussion about the nature and role of different types of model, ranging from their use in the development of new scientific knowledge to the formulation of the ‘simplified’ teaching and curricular models with which teachers are primarily concerned. Previous studies have indicated that students often regard models themselves as scientific phenomena in their own right, or perhaps as replicas of the ‘real thing’. This presents particular difficulties when students encounter more complex models at higher levels of study. In many cases, a hybrid model develops, combining attributes from different models, providing a source of confusion for students.

The article highlights a number of the most common misconceptions that students hold with regard to chemical bonding, many of which will be familiar to practicing teachers. Among the more notable issues discussed are students’ lack of appreciation of the role of electrostatic interactions in various types of bonding, and an over-reliance on explanations which are based on the octet rule ie the idea that ‘atoms want a full outer shell’. Since students are able to answer questions correctly, they are often unable to see a reason for developing a more sophisticated explanation.

The research involved the approach of ‘content analysis’, where textbooks were analysed for the presence of certain terms and concepts. This showed, perhaps worryingly, that there were potential sources of misconceptions present in all of the texts. These are outlined in detail, and are accompanied by helpful extracts from the textbooks showing illustrations and short passages of text where appropriate. This is particularly useful from the perspective of practicing teachers, as it will help them to identify similar issues with their own textbooks, and even their own teaching.

The conclusion calls for authors to take account of the findings of education research in structuring the content of textbooks, particularly with regard to the order in which different bonding concepts are introduced. Given the significant role played by textbooks in dictating the structure of the taught curriculum, closing the gap between authors and researchers would seem to be a prudent course of action.