Conceptual models are a vital tool in scientific endeavour, helping us to understand phenomena that we are unable to observe directly. To work scientifically, it is important that students develop the skills needed to critique and revise models they construct or encounter. However, previous research has shown that students experience difficulties in conducting quality self- and peer- assessments in unscaffolded learning environments. In order to overcome this problem, Chang and Chang developed an approach that scaffolds students' critiquing of expert- and peer-generated models of a chemical reaction.1 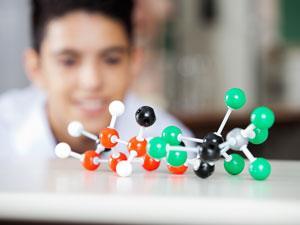 A class of 28 eighth grade students worked in teacher-selected pairs after sitting a pre-test and generating models. Students were required to critique three models; a 'scientific' model taken from Molecular Workbench,2 a model created by a peer and a fictitious peer's model that had been designed by previous researchers. The latter was incorporated due to concerns that students may be reluctant to offer substantive criticism of their own classmates' work. An additional advantage was that it enabled the teacher to assess students' performance based on standardised content.

Students' difficulties in assessing models derive from their inability to generate appropriate criteria to judge them and valid comments to form their critique. The students were presented with a range of comments relating to three criteria that could be selected in an online interface to support subsequent peer discussion and the formulation of the final critique. This system allowed critiques to be shared with the whole class, which facilitated the review of comments and the revision of models.

The analysis involved the comparison of student critiques with those generated by the teacher, a gauge of the extent to which the critique reflected the quality of the particular model, and an evaluation of the level of collaborative discussion. The latter was probed by the analysis of recordings taken using screen capture software.

Students' critiques of the fictitious peer's model were the least consistent with the teacher's, which may be due to fatigue, as this was the third model considered. Interviews suggested that students were more serious when critiquing peers' models as 'they would read my critique', while the 'scientific' model was generally assumed by students to be correct. The success of the approach overall is reflected in post-test data, which shows that students had significantly improved their understanding both of chemical reactions and the assessment of models.