What’s in a structure? 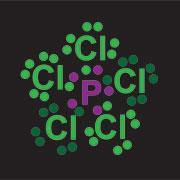 The ability to predict molecular shape, reactivity and relative melting/boiling points is important for chemists, even at A-level, and is underpinned by structure-function relationships. Cooper and colleagues have developed a survey to probe understanding of the information conveyed by Lewis structures and how that information can be used to predict properties.

The introduction sheds light on why students struggle to recognise the implicit information in a Lewis structure. Students normally learn how to draw such structures at an early stage, typically following a set of rules unconnected to prior learning, and often without eluding to a future purpose. Later, when they are required to move beyond the Lewis structure to predict properties, many fail to make appropriate conceptual links and consequently resort to memorisation to organise their ideas.

The survey used here presented students with a list of properties and asked them to indicate which could be determined from a Lewis structure. Most students unsurprisingly selected explicit information such as the element(s) present and number of bonds between atoms. However, far fewer students selected properties such as reactivity and acidity/basicity ie implicit information which can only be determined by working forwards from the structure. It is worth noting that the survey has been used with a large sample of students at different levels.

In their conclusion, the authors assert that the inability to discern implicit information from structures represents a significant barrier to learning. Perhaps most significantly, it is suggested that teachers are not generally aware of the scale of difficulties encountered by students in this area, which exacerbates the problem. As such it is important that teachers probe the effectiveness of their methods and that they adapt their teaching accordingly. After all, the reason for teaching these structures in the first place is so that students can make these connections themselves.