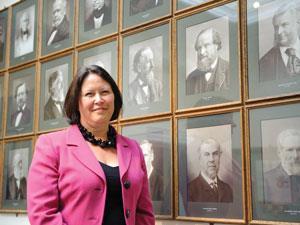 I was delighted to be invited to write an Endpoint  article for Education in Chemistry. As one of the issues I have decided to concentrate on during my term as president of the Royal Society of Chemistry is diversity, I want to use this opportunity to highlight the lack of women in senior positions within science, technology, engineering and maths (STEM).

According to a report published last year by the Royal Society of Edinburgh entitled Tapping all our Talents, 27% of Scottish women graduates in STEM work in the sector they qualified in, compared with 52% of their male counterparts. This means that of the 56 000 female STEM graduates in Scotland, just over 15 000 continue to work in the sector. Put another way this means that 27% of female Scottish STEM graduates take up STEM occupations but 73% do not. This does not make good economic sense. It is estimated that a doubling of women's high-level skill contribution to the economy would be worth as much as £170 million per annum to Scotland's national income. 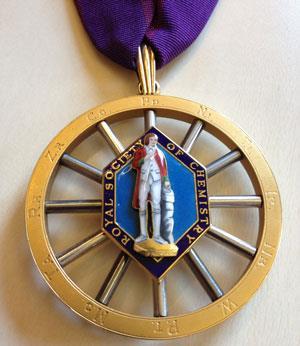 Graduating as a student with a degree in the physical sciences or engineering is an expensive business. Whereas having a scientifically literate society is good for us all, to have so many graduates leave the disciplines is a waste, particularly when you consider that a recent piece of work by the Science Council predicts a serious skills shortage in the STEM workforce in the next five years. In order to make up that shortfall and help get the country into good financial shape, it will be necessary to retain many more female STEM graduates in the field.

In addition, it has been well recognised that the inclusion of women in workplace teams significantly increases organisational performance and profitability and improves corporate governance. In my personal experience, I would much rather work in an environment that had a diverse membership. Those that have such a makeup get far more done and in an efficient manner.

Women are leaving STEM areas after graduation at an alarming rate, but this is not the only crisis point. As an example, consider the academic pipeline from school leaver through to professor.

In chemistry just over 50% of our undergraduates are female, this drops to 40% postgraduates, less than 30% postdoctoral fellows, 10% senior lecturers and 6% professors. This appalling decline is known as the leaky pipeline and does not just affect chemistry. Physics has less than 30% female undergraduates, which falls to 8% professors and engineering starts from a very low base of 15% undergraduates. Biology has a very healthy starting position of 65% female undergraduates but that figure plummets to 16% of the professorial staff. No STEM subject is exempt and Scotland shares very similar statistics with Europe and the US. I'm told by my industrial colleagues that the situation outside of academia is no better.

So why do so many leave? If there was only one reason then it would be easier to tackle. Instead there are many, such as long working hours, lack of support, unconscious bias, macho culture, family or indeed carer considerate working conditions, inflexible funding structures and isolation. I would love to go into each area in more detail but space does not permit this. Instead, let me offer some thoughts on what can be done to fix the leaky pipeline.

It's surely everyone's aim to retain skilled and talented women who choose STEM careers so that they can progress at the same rate as men.

Basically it's all about culture change. Senior management must give visible and explicit backing to policies and importance to their implementation. Flexible working, mentoring, role models, structured career paths with breaks, child care facilities, supportive senior colleagues and transparency of pay are just some of the ways to address the problems of women in STEM. Of course many of these issues apply to men as well - it's just that in making things better for everyone, women benefit disproportionately well.

I have concentrated on problems experienced by women who have decided to try and follow a career in academia. However in many subjects such as engineering, computer science and physics, the percentage of females studying them at university is very low and that reflects the poor uptake at school. The Institute of Physics has just recently published a fascinating report on the problem that highlights the importance of role models and a relevant curriculum in addressing the shortfall. In addition, the importance of explaining to parents that careers in the sciences are equally accessible to both sexes has been identified. There is no such thing as a 'girl' or a 'boy' job.

Let me finish by saying that the situation is getting better. Numbers of women in senior positions are increasing. It is just painfully slow and my patience is wearing thin. It is surely everyone's aim to retain skilled and talented women who choose STEM careers so that they can progress at the same rate as men.