The International Year of the Periodic Table is almost over and, if we’re honest, it’s probably barely made a dent in the collective minds of chemistry students across the UK. Personally, I don’t blame the kids. Around 150 years ago, the greatest minds in science were baffled by trying to put the elements into a sensible order, yet we expect students to grasp chemistry’s road map instantly. Small wonder that four years ago the Royal Society of Chemistry’s Public attitudes to chemistry survey found a quarter of people said school put them off chemistry.

There’s got to be an easier way. Fortunately, as Peter Banks has demonstrated, there is one, lurking at the heart of the chemistry syllabus yet largely relegated to a series of rote facts and stuffy pictures: science history. 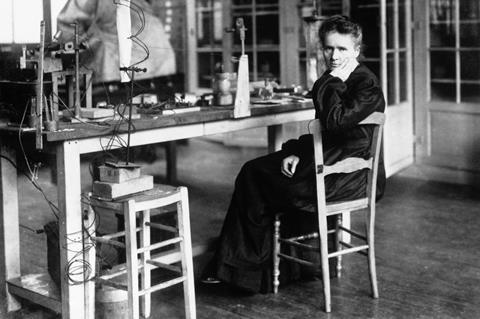 We tend to think of science history as a problem, rather than a solution. It’s a gallery of old white men defiantly clogging up the pipeline, yet another irrelevant fact to distract from the core of the syllabus, or it’s something there simply isn’t time for given the relentless ticking clock of looming exams. And yet while both arguments have merit, they ignore the reality that historians have a wonderful way of bringing the past to life in a way that helps us understand the present.

For example, take three areas covered by the GCSE syllabus, yet sucked dry of wonder and relegated to bare-bones: the periodic table, graphene and ammonia. Dimitri Mendeleev was a bigamist who seduced one of his teenage students; graphene was discovered by messing around with a pencil, some Sellotape and a microscope; and Fritz Haber was, by modern standards, a war criminal – the father of chemical weapons. This is low-hanging fruit, ripe for feeding curious minds and grabbing attention. So why are too few classrooms plucking it?

By breathing life into the past, we can also give students context of scientific discovery and support rational thinking. The structure of the atom – the last bastion of history on the syllabus – was not an overnight revelation but a model refined by competing scientists over several decades. If you give your students a chance to work through those breakthroughs, figuring out what they mean and what the next steps must be, they will be more likely to tell their proton from their neutron. And, even if they can’t quite get to grips with the nucleus amid the cold sweat of an exam, you’ll have equipped them with the tools to work out the answer themselves.

At its heart, history is about telling a collective story of who we are

Teachers also have a duty that stretches beyond the curriculum: to equip their charges for a life worth living. And this includes breaking down stereotypes and biases, unconscious and otherwise, which whisper diversity isn’t welcome in the halls of science. It’s an inescapable fact that most of science has been dominated by white blokes (and Marie Curie as the token woman) for the better part of 1000 years. And yet we have failed students leaving our charge if they think that’s all a scientist can be.

Role models abound, both past and present, and they can be slipped into a lesson plan with ease. The first Briton in space was chemist Helen Sharman; Alice Ball was an African American chemist who cured leprosy; and the term ‘isotope’ was coined by Scottish doctor Margaret Todd. Returning to the periodic table, there is a richness of stories woven into its tapestry that could open a class discussion with ease. For example, we know platinum and zinc were both widely used in South America and India for more than 1000 years, respectively: so why were they ‘discovered’ by Europeans? And challenging students about how to prove they discovered a chemical element could lead off in a hundred different directions, from radioactivity to electrolysis.

At its heart, history is about telling a collective story of who we are –­ tapping into our instinct to fall in love with people, not objects. By ignoring chemistry’s own wonderful tale, we’re turning a subject rich in colours and characters into a dull monotony of scrawled formulas, and depriving our students of the wonder that leads to truly amazing discoveries.