Nanotechnology is being applied to plastics to make conductive plastics, scratch resistant plastics and lighter plastics. Now clay could make plastics stronger and more flame retardant say Scientists at the State University of New York, US 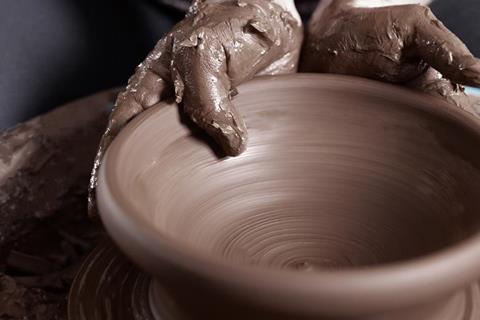 Nanotechnology is the study of science at the nanoscale, between 1–100 nanometres – a nanometre is a billionth of a metre and a human red blood cell is over 2000 nm long. Plastics nanotechnology studies how the addition of nanoparticles – small nanoscale sized particles – to plastic can change the properties of the plastic. The tiny particles can fit between polymer strands and alter how the plastics behave.

Scientists have been studying plastics made with natural clay. The clay nanoparticles can be changed by adding small molecules to their surface and this can change the properties of the plastics in different ways. The new materials can be flame retardant, stronger and more resistant to UV degradation and can be used to make car parts and fuel lines that need to be stable at high temperatures.

To try and improve on current functionalised clays, Miriam Rafailovich and her coworkers in New York added a known flame retardant compound, resourcinol di(phenyl phosphate) (RDP), to natural clay. The new RDP functionalised clay can be mass produced with continuous processing, making manufacture much cheaper. In addition, the new clays generate less dust and are stable at higher temperatures. Rafailovich made plastics with RDP-coated nanoclay particles and showed that plastics made with these nanoclays have superior flame retardance. In addition, RDP clay can be used with styrene plastics, one of the most widely used types of plastic, which has previously been impossible with this technology.