Become an examiner, earn some extra money and boost your CPD 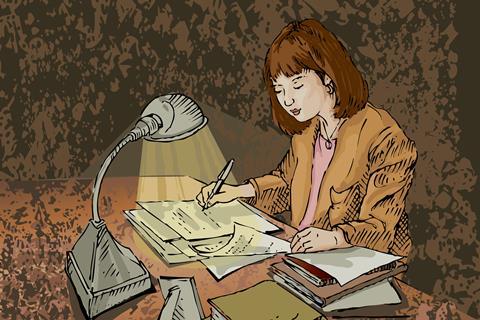 I’d wanted to be an examiner for several years. Colleagues had promised that it would give me real insight into mark scheme requirements and so would help me better prepare students for their exams. And the money isn’t bad either. After being on the waiting list for five years, lots of spots became available post pandemic, and I got a GCSE offer at the end of 2021. I had no idea what to expect and felt completely unprepared.

Get your name down early. If the offer comes through and you can’t manage it that year, you can always say no. Don’t reapply, even if you hear nothing; this sends you to the bottom of the waiting list. Follow up an application by email or phone. Use your personal email address in all your dealings with the exam board, because at some point you won’t be allowed to use a school email address anymore.

Once accepted, you might not hear anything for months. Then, just as you think they’ve forgotten you, you’ll receive hordes of emails all at once. Keep track of all the websites, names, email addresses and job titles in a spreadsheet – they build up very quickly.

The training is provided around March – a busy time in most schools. Try to set aside an afternoon early in the Easter holidays to complete the training modules.

Even though the exam speak is hugely confusing, it does start to slot into place as you go through the process. Don’t panic if you can’t keep track of all the acronyms right away.

Explore the secure website when you have access. I serendipitously found lots of useful bits, including last year’s standardisation, messages from the lead examiner and videos on how to download and use the software.

Exam day and the calm before the storm

Do the paper. This will give you an idea of which questions will take the longest to mark, how the students will find it and where they might go wrong.

You will be given dates for standardisation (when you will be trained to apply the mark scheme consistently), for when marking opens and for when it closes. The period between standardisation and the final deadline is jam-packed, so ensure you get ahead with school-related tasks. Plan your lessons and consider how you might use self- and peer-assessment in the coming weeks. It might also be worth marking a significant piece of work from each class before the examining window opens.

For me, the real benefit was the CPD aspect. Already, I have altered how I teach

Think about which exam questions you’ll mark and when. Start with a few questions to warm up and get used to the marking system. Don’t try to learn the mark scheme yet – it will change a lot during standardisation.

If your exam board uploads papers on the marking platform before standardisation, it’s worth having a go at marking some. Your marks won’t be recorded, but you’ll get a feel for how the software works and what students are writing. You can then address any uncertainties with your team leader during your standardisation conversation.

About five days after the exam, you’ll receive the finalised mark scheme. For your own sanity, print it out.

Standardisation involves scrutinising the mark scheme and then marking between five and ten scripts for each question. Keep an afternoon free for this. As you go, your marks will be compared to the senior examining teams’ marks. Once you enter your score, theirs will be revealed, with additional information clarifying how the mark scheme was applied. Use the additional guidance to annotate each question on your printed mark scheme.

Once you’ve finished standardising, arrange a phone call with your team leader to discuss your marking. After that you can be cleared to mark. Don’t worry about showing yourself up during the standardisation process – it’s not designed to catch you out, but to train you up. Have a pen handy when you chat to your team leader. They’ll give you lots of hints, tips and valuable shortcuts, which you can add to your printed mark scheme.

Set some ground rules before you start marking. Here are some good ones (I broke them all!):

The marking process will be long and gruelling. A chocolate digestive (or the like) can alleviate boredom and provide much-needed endorphins.

Count down the number of marks you have left to complete as you go, so you can track your progress. Watching the total decrease from 70 to 0 will keep you going.

You can’t work on the next script until you’ve viewed the entire answer area in a student’s paper. This can involve copious amounts of scrolling, which can take as long as the marking itself. It helps if you use a large computer screen or one you can flip to portrait orientation. Get comfortable, but ensure you take regular breaks. If you start a question, try to finish it the same day, so you don’t have to qualify again to mark the question.

If a friend or colleague is marking the same paper as you, compare notes and clarify points as you go. You will avoid bothering your team leader, and you can encourage each other.

As part of your marking, you must mark seeds – the exam board’s quality control documents. Seeds look like any other answer, but have been pre-marked by the lead examiners in a similar way to the standardisation questions. If your marks disagree more than once, you’ll be blocked.

Keep the annotated mark scheme next to you. Reread it and the standardisation materials before you start marking a question, and after you’ve had a break. This should help you stay consistent and stop you getting blocked. If you do get blocked, it’s not the end. Just contact your team leader, they’ll discuss where you’ve gone wrong and then unblock you.

It’s all about the mark scheme. Agree with it or not, you must implement it to the letter.

A tally chart with counters can be very handy for extended response questions (I don’t recommend chocolate buttons – they tend to go missing). List the marking criteria on the page and add a counter whenever a student meets a point. It’s much easier to assign a level or mark by looking at your chart afterwards, and you probably won’t need to look at the answer again.

Do big calculations yourself using different strategies, then do them again but making the obvious mistakes. This will familiarise you with the numbers you need to look out for, and help you identify creditworthy content when the final answer is incorrect.

So, would I do it again? Absolutely. Although it was a somewhat arduous process, it didn’t take over my life nearly as much as I’d expected. I only had a 75% marking allocation as a first timer but, having finished a few days early, I wouldn’t be concerned about taking on the remaining 25%. I could pace myself more and probably not guard that three-week marking window quite so zealously.

It’s not a bad way of earning £1000, though I wouldn’t say I would do it again just for the money. For me, the real benefit was the CPD aspect. Already I have altered how I teach reacting mass calculations to lower-ability students, I’ve changed the language I use to explain metallic bonding and I’m updating the way I present experimental methods. I am confident that, as the year goes on, my practice will evolve in other ways too.

During the summer, I was debating whether to spend my earnings on a treadmill to work off the marking-induced food baby, but now I’ll probably need it to pay my gas bill. I suppose you could argue that the extra layer might keep me warmer this winter though. Does that still count as a win?

Becky KellBecky is a chemistry teacher at Bolton School Boys’ Division, where she also oversees the able, gifted and talented students.