Ozone - in the news 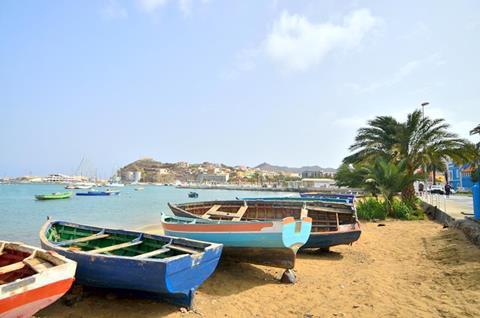 São Vicente in Cape Verde, where the winds and water are right for ozone destruction

Ozone – O3 – is a Jekyll and Hyde compound. High in the stratosphere, ca 25 km from the Earth's surface, it has a beneficial role – it absorbs damaging UV radiation from the Sun, which can cause skin cancers, eye cataracts and damage to plants. In the lower part of the atmosphere – the troposphere – ozone is itself a damaging air pollutant and a greenhouse gas. It is its latter role that has recently brought this gas back in the headlines, but this time there's some good news.

Recent data from a UK chemical laboratory on the edge of São Vicente in Cape Verde suggest that larger quantities of this 'bad' ozone than had been previously estimated are being destroyed over the tropical Atlantic ocean. According to Professor Ally Lewis, director for composition research at the National Centre for Atmospheric Research (NCAS) based in York University, and a lead scientist on the Cape Verde, project told InfoChem, 'It's all thanks to iodine and bromine ions produced by sea-spray and tiny marine organisms'.

Most ozone in the troposphere comes from a band of industrialisation that runs around the middle of the planet – from the US, across Europe, through Russia, and into China. Nitrogen monoxide (NO), a pollutant from cars, is oxidised to nitrogen dioxide, a brown gas, which absorbs sunlight and decomposes to produce NO and a highly reactive oxygen atom. This oxygen atom combines with molecular oxygen to form ozone. Ozone is a highly reactive oxidising species, which attacks hydrocarbons, such as unburnt fuels, in the atmosphere to give secondary pollutants, such as aldehydes and nitrites, in the form of an aerosol (photochemical smog) which can lead to a host of respiratory problems. Ozone also absorbs infrared radiation and is the third most important greenhouse gas generated from man's activities, after CO2 and CH4.

However, as Lewis explains, 'The tropical Atlantic has a natural mechanism for cleaning the atmosphere. The trade winds, which blow from north to south, from the UK into Cape Verde, effectively suck a proportion of these pollutants into the tropics where they are destroyed. Moreover, ozone is destroyed more efficiently when you have strong sunlight. Cape Verde was always likely to be a region where a lot of ozone is lost because there's a lot of sunlight there. But what we've discovered at the observatory is that about 50 per cent more ozone is being destroyed here than we thought and we can explain this by the presence of bromine and iodine compounds in the atmosphere'.

'Sea water', he continues 'contains chloride and bromide ions that enter the air as bromine (Br2) and bromine monochloride (BrCl), which are then broken into atoms by sunlight. The bromine atoms can then react with ozone to form bromine oxide. At the same time, algae in the sea produce iodine-containing molecules that sunlight converts to iodine atoms, which also react with ozone to form iodine oxide.'

The observatory – essentially a shipping container packed full of lab equipment – was set up in 2006 and is perfectly positioned for monitoring what happens in the atmosphere above the open ocean. 'It's essentially like being on a boat,' says Lucy Carpenter a lead researcher from the University of York. 'Strong trade winds come directly off the ocean, bringing pollutants with them'.

The observatory is run by local scientists, though the UK researchers go there regularly. On board are gas chromatographs, spectrophotometers, and meteorological instruments. A wide range of atmospheric compounds and weather conditions can be monitored. Measuring O3, NO and the highly reactive halogen oxide radicals is fundamental to understanding what is going on in the atmosphere.

How do they do it? 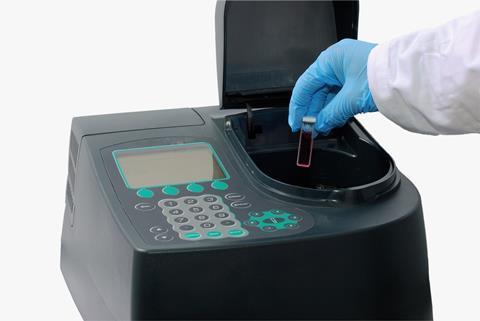 Ozone levels are measured using a photometric analyser. This is a spectrophotometer – UV light is passed simultaneously through a sample cell and a reference cell. The ozone in the sample cell absorbs UV light, which is proportional to its concentration. NO and halogen species are trickier to detect. The NO is detected via a chemiluminescence reaction. The NO molecule is first excited as it reacts with ozone and then falls back to a less excited state, releasing a photon in the process. The number of photons detected by a photonmultiplier is proportional to the concentration of NO.

The halogens are measured using a differential optical absorption spectrometer (DOAS). This, explains Lewis, is like a giant spectrophotometer. 'A bright xenon lamp is used as a source of light, which is beamed out via a telescope to a mirror and then reflected back to the instrument, creating a giant sample cell containing air. Over the long path that the light travels – ca 8 km over the sea - certain wavelengths of light are absorbed by the halogen oxide molecules in the air. By taking the difference between the light that has passed through 8 km of air and a reference which hasn't, we can derive the concentration of the halogen oxide molecule'.

The team also took flight in an aircraft containing similar equipment to confirm their results. 'While it's fine to make measurements at the surface, we need to know for sure that what is happening over our heads is the same as what we're measuring at the surface,' explains Lewis. The researchers discovered just how important the halogens are when they tried to recreate their Cape Verdean ozone measurements using a computer model. Without them, the model underestimated levels of ozone loss by up to 50 per cent and overestimated ozone concentrations by 12 per cent. 'Including halogens in global climate models is now absolutely essential for understanding what part ozone plays in our changing climate', says Lewis.

The team is delighted with its achievements so far, but recognises that more work needs to be done. Things that happen in Europe, North America and West Africa, such as increasing pollution levels or mass population movement, will affect what goes on in atmospheres of the tropical Atlantic.

Shipping, for example, releases large amounts of NO, and so key to keeping these tropical regions clean is to limit NO emissions. Lewis explains, 'Ozone tends to be destroyed when the NO concentration is less than about 20 parts per trillion but above that value ozone is made. If shipping increases, NO levels may go above the tipping point so we would lose the natural "cleaning" service that the tropical oceans have provided us with. One of the purposes of the observatory is to monitor how shipping is going to change over time and how it's going to affect the atmosphere'. But the good news, he says, is that even if NO emissions do take away the region's unique ability to scrub ozone, the damage is reversible. If the emissions are stopped, within a few weeks the atmosphere would return to its natural state. 'This is one of the reasons that we're interested in looking at ozone as a greenhouse gas; if you do something now, you'll see a response within weeks or months,' concludes Lewis.