School should be where students freely ask questions

Zeynab pioneered an LGBT history and rights course at her school. She found it wasn’t just learning new facts that benefited the student community, it was the space to ask questions without being considered intrusive 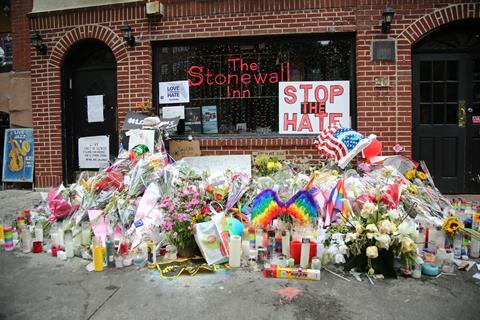 The Stonewall Inn, Manhattan, was the site of a police raid in 1969 that led to a series of violent demonstrations considered to be one of the most important events in the history of LGBT rights

While being gay has never been an issue to me, fear of other people’s reactions has. I always wanted to teach with honesty and integrity, but I didn’t find it straightforward at first.

Students often asked if I was married. ‘Yes’, I would respond. Then they might ask, ‘What does your husband do?’ Here, I’d wonder if I should be honest. Was it appropriate? Often, I would settle for an ambiguous answer: ‘Why do you assume it’s a husband? Don’t assume anything in life.’ I was not comfortable with my response, and often it would stop any further questions.

I wanted to act as a strong female role model for my students, one who is proud of being gay. I wondered how I could be if I wasn’t being open. After long contemplation, I concluded it would have been better when I was at school to have had someone who truly understood the emotional turmoil I was going through. So, I decided to come out at work.

Now let me be clear; there was no Mardi Gras on Monday morning, no article in the newsletter. It was my attitude that changed. When the question arose from then on, I answered, ‘My wife is a nurse’. To my surprise, the conversation continued a little longer and work resumed shortly after. That was it. It was an uplifting and liberating experience.

I agreed with senior leadership to start a LGBT group two years ago. I felt the need to create a peer support group, to provide a safe place for the growing school LGBT community to convene on a regular basis. It started with two attendees, but the numbers increased steadily to 14. Students began approaching me for advice or support from the wider school community too.

Then, as part of my sixth form tutor duties, I was asked to teach a three-week course of my choice. There were already 24 courses on offer to students, courses like Cooking on a budget and Art therapy. It was my opportunity to teach something other than chemistry, without having to stick to schemes or a curriculum. I decided I would teach LGBT history and rights and, in a desperate attempt to make a wholesome course, researched LGBT history. I am ashamed to admit I did not know enough.

I hoped my course would interest, engage, and challenge views. I hoped it would make students think about issues surrounding the LGBT community through time. At the same time, I was anxious, until it was fully-subscribed, that students would choose other courses, thinking mine irrelevant to their lives.

After the course I realised how ignorant I’d been. I had worried about my reservations, my lack of knowledge and how many students would sign-up. My students knew a lot more than I realised, much more than I did at their age. They had so many excellent and fascinating questions, all appropriate and reasonable. Some questions I could not answer, for example some arose when discussing the trans community. Luckily, a student who had attended my LGBT group was happy to talk to the sixth form class about her brother (an ex-student) who had undergone a female to male transition. The sixth formers were eager to ask questions respectfully, without fear of being inappropriate.

A whole-school approach is vital

As much as I wanted to make a difference, I learnt the difference was already happening. I will never underestimate young people and how much they know again. I taught world LGBT history, legislation, and rights, but realised the important aspect of my classes was the chance to ask questions about gender, identity, sexuality and more unconventional relationships without fear of reprisal. We must try not to consider questioning intrusive; we need to facilitate not dismiss discussion.

I am privileged to be part of an inclusive school community, not just part of an LGBT one

Having Muslim parents made my journey of coming out daunting. However, as a married mother who walked down the aisle with both parents, things did not turn out too badly. Unfortunately, for many young people their story may not turn out so well. So, it is important schools give students a platform to discuss their thoughts, not just the LGBT students but the whole school. Organising peer support groups, displays, guest speakers and training, and integrating LGBT issues into curriculums, are easy and a good place to start. Honesty with students means open-minded young people in society. So maybe we should all come out of the closet or our own perceived confinement. I am privileged to be part of an inclusive school community, not just part of an LGBT one.