Technical study to a T

Although not for everyone, these two-year technical study programmes will provide students with the skills and knowledge to progress to the next level 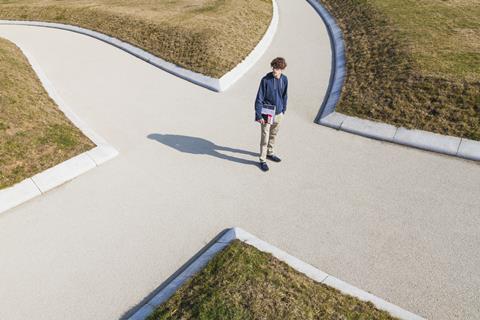 What awaits students who turn away from A-levels and instead follow the more technical route offered by T-levels?

Students thinking about the new T-levels being introduced in England next year will need to be inquisitive. ‘They’ll need to do lots of research into careers – not just thinking about the next steps but the steps after. This is about them really challenging colleges and schools: what is this going to get me; what jobs; which employers; what will I learn on my placement?’ suggests Morag Davis who is responsible for the technical curriculum at Nelson & Colne College in East Lancashire. The college will be one of the first providers of T-levels.

The full-time T-level courses – the equivalent of doing three A-levels – represent an attempt to put technical qualifications on an equal footing with academic ones. They’re being designed in collaboration with employers, with a focus on occupational skills, and will include a work placement of up to three months. In contrast to apprenticeships, students will spend about 80% of the two course years in the classroom. They’ll also offer a broader variety of learning and assessment styles than A-levels: class and project learning, as well as in the workplace.

An apprenticeship will enable you to do the job. A T-level will help you to get the job

‘It’s about your aspiration and the type of learning you want to do. A T-level is designed to get you ready for the workplace. The intended progression would be into a role such as a lab technician or an A-level 4 or 5 apprenticeship or technical qualification,’ suggests Danièle Gibney, interim education policy manager at the Royal Society of Chemistry. For the learner who doesn’t necessarily aspire to go to university but is interested in science, it could be a good option. ‘Chemical science is short of technicians, so another route alongside apprenticeships is to be welcomed,’ she adds.

Students should decide if they enjoy being in a classroom and whether they want to remain in education or find an apprenticeship. ‘An apprenticeship will enable you to do the job. A T-level will help you to get the job. You’re getting a taste of a job, [whereas] the A-level route wouldn’t give you that,’ explains Morag.

Students also need to figure out if they want to go to university. Although T-levels have a UCAS tariff, ‘it’s still up in the air as to whether universities will accept T-levels,’ says Rhys Morgan, director of engineering and education at the Royal Academy of Engineering. ‘If they match or surpass BTECs in terms of challenge and stretch, we expect universities to embrace them.’ He points out that not all graduates get graduate-level jobs, however.

‘Age 16 is early in life to be choosing a career, so students will want flexibility. One of the components of a T-level is a project – some of the generic skills will be useful in whatever job you get,’ says Mark Ellis, policy adviser in education and skills at Wellcome. In science, the health and safety component will be widely useful, as well as IT skills. ‘There are a lot of job opportunities in many industries – don’t ignore them just because you haven’t heard of them,’ he adds. However, ‘some of the lines of learning will be completely outside your experience – the danger is you sign up without knowing anything about it so you need to look carefully at the content, and be guided by the college.’

‘In engineering,’ explains Rhys, ‘we’ve been trying to shape the T-levels in a T shape. We’re pushing [for students to get a] broad education across various aspects of engineering – the horizontal bar; later, you specialise in a particular area – that’s the leg of your T.’ Pathways in engineering might be design, maintenance or fabrication, with some specialist strands in the second year, he adds.

While work placements are the norm in other European countries, much concern has been voiced about whether there will be enough of them here. ‘It requires a bit of a culture shift,’ says Rhys. ‘Some employers will recognise corporate social responsibility, or see it as extended interview process.’ He points out that it could, however, be a ‘big ask’ for small employers – some 650,000 in the engineering sector employ less than 10 employees.

Mark agrees that there are potential problems, although ‘not insurmountable’, which could be solved by collaboration. ‘It’s about selling the benefits of the qualification to employers and when you talk to employers they’re broadly positive.’

Both Mark and Rhys hope work placements will encourage diversity and inclusion – for example, getting more women and members of black and ethic minority communities into engineering. Mark suggests that it could have a big impact on getting more diverse talent into work, especially in deprived areas.

What will help with availability is that the courses will be rolled out gradually. The first, in 2020, will come under occupational ‘routes’ of digital, construction, and education and childcare. More T-levels will be added to those routes in 2021, along with another three T-levels to the health and science route. An engineering and manufacturing route will follow in 2022. By 2023, there will be 11 routes with 23 T-levels on offer.

The T-levels won’t be available across the country – about 50 FE colleges and schools have been selected to offer T-levels in 2020. Mark suggests that employers such as the NHS and supermarkets could potentially offer ‘lots of lines of learning’. Finding industry placements in science will be particularly challenging in East Lancashire so students will need to be prepared to travel, says Morag. But if a college can’t offer a placement, it shouldn’t be offering T-levels, she insists. Morag sees T-levels as providing employers with their future workforce, to develop the local economy. ‘We’re not just offering a curriculum but a pathway that leads to a genuine career.’

It’s expected that, over time, other technical qualifications that the government has assessed as varying widely in quality will disappear, although the timing and extent of these changes is yet to be reviewed.