From Alan Dronsfield, University of Derby 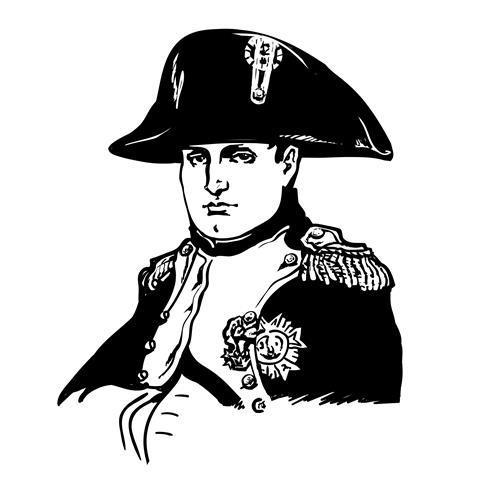 In the November issue of Infochem (No. 125, p 2), mention was made of the unusually high arsenic content of Napoleon's hair. This could have arisen from a successful attempt to murder him, or from his self-medication with arsenic-containing patent medicines, or from the volatile products released from the pigment Scheele's Green (principally CuHAsO3) used to colour the wallpaper in the house in which he was kept captive. Even at the time of his death in 1821 there was an unease that the use of arsenic in wallpaper decoration might be a health hazard. In 1815 the (then) famous chemist Leopold Gmelin warned of the danger and recommended banning the use of Scheele's Green in wallpaper.

The Italian chemist, Bartolomeo Gosio, in 1891 started a research project based on the premise that some inexplicable deaths (notably of children) could be attributed to volatile arsenic compounds released from such wallpaper.1 Using mashed potato, decomposing damp paper, or other substrates each laced with As2 O3 (the precursor to the green pigment) he found that when he encouraged mould to grow on them, then indeed toxic vapours were produced. These contained trimethylarsine, (CH3)3 As, but their extreme toxicity may have been due to the presence of additional volatile arsenic compounds.

Wall plaster was prepared for papering by first coating it with gelatine size, and the paper then applied using a paste made from flour and water. This combination of protein (from the size), carbohydrate (from the flour) and dampness was the ideal combination for the development of the arsine-producing fungus. Paradoxically the samples of wallpaper with the highest Scheele's Green coating were safer than those with the lower content. A very high arsenic content inhibits the production of the fungus.

Lest it be thought that this form of poisoning is a 19th century phenomenon; the deaths of two children in a house in the Forest of Dean, in 1932, were attributed to this cause.

For readers wishing to explore this fascinating aspect of chemical toxicology, and the speculations concerning Napoleon's death, I recommend the book by John Emsley.2 Amazon presently has copies available for less than £6.00: a bargain!

From Jeremy Hinks (on behalf of the BMCS)

For several years The Biological and Medicinal Chemistry Sector (BMCS), one of the RSCs interest groups, has offered a grant scheme to primary and secondary schools. The grants are targeted at activities that enthuse and inform students about chemistry during timetabled activities or during extracurricular Science Clubs. The membership of the BMCS has been delighted to fund programmes across the UK that have allowed teachers to provide an experience to their students that might otherwise not have been possible.

We are enthusiastic to continue this scheme throughout 2011 and wish to encourage chemistry teachers in schools, colleges and universities to apply for grants of between £500 and £1000 for curriculum enhancement, chemistry club and outreach activities. More details of the scheme can be found on RSC website including a short application form and some case studies describing projects that we have supported in the past.

Marie Curie: a passion for science

As a follow-up to the mention of the UNESCO International Year of Chemistry (IYC) in the last issue (Educ. Chem, 2010, 47 (6),  166), may I point out that this year also marks the centenary of the 1911 Nobel Prize for Chemistry awarded to Marie Curie for the discovery of radium and polonium.

The RSC's Historical group and Radiochemistry group will this year be marking this as part of our contribution to the IYC. There will be a one-day meeting at the Chemistry Centre, Burlington House, London, on Friday March 18, 2011. The opening lecture will be by Dr Serge Plattard, Science and Technology Counsellor, French Embassy, on Marie Curie: a passion for science, action and people.

Subsequent talks by experts in the fields will concern the early use of radionuclides in medicine; Rutherford, radioactivity and the atom; from Rutherford to Nuclear Power and Curium and the trans-actinides.

The meeting is open to the public; the cost is £10 per person (excluding lunch), but twenty bursaries for £10 are available for students and postgraduates. Further details and a registration form are available from the Historical group's website. I am also happy to answer any enquiries (contact details on this page).

The Magnificent Molecules article by Laura Howes (Infochem No.125, p 4) raises some interesting points about quinine. Because cinchona trees are the only economically practical source of quinine, ever since its isolation chemists have attempted to find a synthetic route.

One of the early unsuccessful quinine synthesis attempts had far reaching consequences for chemistry, industry and the world. In 1856 William Perkin approached the problem knowing the molecular formula of quinine, C20H24 N2O2. Later (1896) he recalled the reasoning behind his method: He was "led by the then popular additive and subtractive method to the idea that it [quinine] might be formed from toluidine by first adding to its composition C3H4 by substituting allyl for hydrogen, thus forming allyltoluidine, and then removing two hydrogen atoms and adding 2 atoms of oxygen, thus:"

No quinine was formed, but only a reddish-brown precipitate. So he tried a simpler base (aniline) which gave, on reaction with potassium dichromate, a black precipitate which contained a purple matter now known as mauveine. This was the first coal-tar or aniline dye. By the end of the 19th century most natural dyes had been replaced by synthetic ones and the seeds of a huge pharmaceutical industry sown.

Perkin's success with mauveine was, remarkably, only viable because he used impure aniline. In the 1850s, the distillation of coal tar gave a low boiling fraction containing benzene and toluene. Nitration of this mixture, followed by reduction, gave a mixture of aniline, o- and p-toluidine, all three being essential for the production of mauveine - on their own, each pure component gives no dye. Had the separation of benzene and toluene from coal tar been as efficient as the separation of quinine from cinchona bark, the history of the chemical industry might have been quite different.