All drills and no skills?, Mathematics, a personal view and Hydrogen bonding in hydrogen fluoride

All drills and no skills?

I sympathise with David Smith's plea that candidates wanting to read chemistry at the university should have A-level mathematics (Educ. Chem., 2010, 47 (3), 96). Ideally, candidates studying A2 chemistry should have the same mathematical support, but it is now perfectly possible to achieve a top grade with no more than GCSE mathematics.

The areas that present the greatest difficulty in A2 chemistry are kinetics and equilibria, but the questions that are set can readily be solved using a taught routine and a calculator. The rate of a reaction may be defined without using calculus notation, and it is not necessary to have an understanding of logarithms to be able to use them in pH calculations.

We may deplore that teaching has been reduced to imparting drills without understanding but that has become increasingly the trend over the past 20 years as questions have become more structured and the acquisition of high grades more important. The problem is even more acute with A-level physics. For the non-mathematician, we teach drills not skills and at best their understanding is first order with a half-life measured in days rather than weeks.

One last thought. Why are quadratic equations excluded from mathematical requirements? They can be solved easily using a calculator. 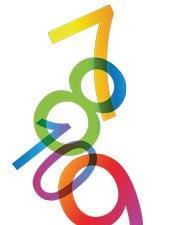 I would like to offer a personal note to the views of David Smith in his endpoint in the May issue of Education in Chemistry, regarding the mathematical qualifications of students entering university chemistry departments. Smith is forthright in his views and rightly so. I believe mathematical skills are an essential prerequisite to understanding the principles of chemistry and without them students will struggle to gain a balanced understanding of the subject.

As an undergraduate I struggled to understand the mathematical operations required to gain a good grasp of physical chemistry because I had given up maths after GCSE. The lack of A-level maths, I have no doubt, made my studies as an undergraduate and postgraduate more fraught and skewed to areas of chemistry which did not require maths.

Fifteen years later, I now teach the same physics and chemistry that I struggled with to A-level students and I can see a huge difference in confidence between those who are studying maths along with these sciences to those who are not. I often think it a shame that though I have a firm understanding of maths now, for many years the lack of A-level maths undermined my studies of chemistry and continues to do so for others.

As Smith suggests, more chemistry departments should insist on A-level maths as an entry requirement to ensure their students gain a fully rounded chemical education. However, students need to be informed of this requirement, preferably at the time they are making their A-level choices in year 11. Sixthform tutors in schools and colleges could help their students by telling them that A-level chemistry should be taken with A-level maths from the offing or by telling A-level chemistry students who want to read chemistry at university to take AS maths during year 13.

I am sure that the adoption by year 12 and 13 students of some form of advanced level mathematical study alongside chemistry would also mean that fewer universities would have to insist on their incoming students attending 'remedial' maths classes by which stage most students have become mathematical lost causes.

I think this is a very interesting question because it highlights just how complex (and fascinating) a subject chemistry is, and consequently how challenging it is for school teachers to present the subject in a way that is both authentic and yet accessible to learners.

My immediate thought was that hydrogen bond strength should not be considered in isolation, and that it might be more useful to think about how the extent of hydrogen bonding in HF leads to chains of molecules, which means that in effect the units to be separated during vaporisation are larger than single HF units. This means the effective molecular mass is greater and, more significantly, the units in liquid HF are quite large and (because of the scope for distorting the charge distribution) generate stronger van der Waals' forces than in the other hydrogen halides.

Yet the real discrepancy raised by the question is why the boiling temperatures do not seem to match the pattern in enthalpy of vaporisation. I wondered whether the quoted value of the molar enthalpy of vaporisation for HF was accurate. The Handbook of chemistry and physics (88th edition, 2007-08) includes a table of enthalpies of vaporisation about 17 pages long - yet suspiciously does not appear to include a value for HF. A quick search on the web uncovered a warning from as long ago as 1953 that cited values of thermodynamic data for HF might be unreliable. The web also provided alternative citations of values, suggesting that the molar enthalpy change of vaporisation for HF was actually twice that for HCl - consistent with the boiling point trend and the explanation in terms of strong hydrogen bonds.

How can there be such a discrepancy between sources? It seems that if the enthalpy change is measured between the liquid and the ideal gas state (consisting of only discrete HF molecules to give a fair comparison with other hydrogen halides), it is high as we might expect. However, individual molecules of HF are often associated as dimers and trimers in the gas phase, which can lead to inaccurately low measurements of enthalpy because full dissociation has not occurred.

So it appears the hydrogen bonding not only leads to a larger enthalpy change, but is actually strong enough to complicate attempts to measure the enthalpy value!