Call for clarity on Science Diploma and 'Standards bubble' bursts

Call for clarity on Science Diploma 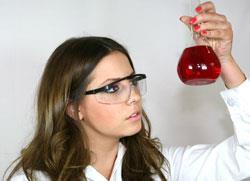 I enjoyed reading Ken Gadd's article on the advanced Science Diploma in the last issue (Educ. Chem., 2010, 47 (1), 2). Gadd made clear the opportunities and challenges associated with this diploma. However, I would like to challenge his assertion at the end, where he states: 'the notion that a different core of scientific and mathematical skills and knowledge is needed if a student is going into employment as opposed to HE [higher education] is difficult to justify.'

As an employer and as a parent, I think the advanced Science Diploma has the potential to be an outstanding product. My worry is that it will falter as a result of confusion among teachers, students and parents on the crucial question of who it is aimed at.

The cross-disciplinary and exploratory approach to learning would, I believe, offer different benefits to different cohorts. At the top-end, it could represent the gold standard for A-levels, providing a suitable mix of subject content, contextualisation and the opportunity to develop thinking/problem-solving skills. This is a potent combination that HE and research-based employers will be crying out for over the next decade.

Equally, the advanced Science Diploma could provide a means to encourage more students to study science post-16, particularly those who don't thrive in the current rigid framework of teaching and learning of current post-16 qualifications or those who are not excited by the prospect of a science-based education/training. The diploma could thus be a great way of enriching the pipeline of potential future talent since it would open the doors of science to those who may otherwise have discounted it.

Each of these objectives is, in my view, sufficient justification for developing the product. Crucially, however, I don't believe the advanced Science Diploma can fulfil both of these simultaneously and if it forced to do so, will run the risk of failing to achieve either. There are, I think, two main reasons for this.

First, if it is not explicit why students should be encouraged to pursue the diploma and how it is likely to meet the needs of a particular student, then teachers and parents will not support it and the diploma will fail to deliver to the students it was designed for.

Secondly, the context-based/project-based nature of the principal learning means that a significant amount of content will need to be dispensed with in order to embrace the philosophy of the diploma while ensuring the curriculum can be delivered in the same time frame. I find it difficult to imagine how such decisions are reached unless you have a reasonably clear idea of the capabilities and likely progression routes of the students.

If we take the mathematics content as an example, there is an emerging body of data from undergraduate chemistry courses suggesting that the highest achieving chemists are those who gained an A grade at maths A-level. So, for those students intending to progress to HE, the mathematics content should be pitched at this upper level. However, this is unlikely to attract the cohort of students who might see the diploma as a way of developing their broader scientific skills and knowledge, but who plan to proceed directly into employment.

'While the majority of the questions set were based on correct French, and required a knowledge of French to answer them, the amount and type of grammar tested was minimal at this level'. If this had been an assessment of French GCSE examinations for 16-year olds in 2008, there would have been widespread dismay not only about the lack of grammar but incredulity that not all questions required candidates to use their skills in French.

Replace 'French' with 'science', and 'grammar' with 'mathematics', and you have the verdict of the recent study reported in Colin Osborne's Endpoint (Educ. Chem., 2010, 47 (1), 32). As Osborne implies, it is extraordinary that regulators over the years have allowed this situation to arise but, equally, until recently, I believe, there was little challenge within the education community to address this. Many factors lie behind this, not least the absence - until now - of a truly independent regulator, and the continuing market-driven orientation of the awarding bodies.

The good news is that increasingly across the educational and industrial sectors this could not be seen to continue. The BBC and a debate in the House of Commons recently identified the Royal Society of Chemistry (RSC) as being the leader in publicly promoting the need for higher standards in examinations, and this has been accompanied by statements by Ofqual and the awarding bodies of the requirement for major change in criteria, specifications and rigour in regulation of these qualifications.

The inclusion in the new draft GCSE science criteria of a paper on the mathematical skills for science specifications is, indeed, a major step forward. Linked to this, the RSC is currently reviewing what 16-year olds should know and be able to do in the field of chemistry, and how this should be assessed. It is clear that if in GCSE mathematics the toughest question, in terms of marks awarded, is: 'What is the surface area of a cube?' (Edexcel, higher tier paper, November 2009), this sets a limit on the analytical skills that GCSE science students acquire, as well as the perceived intellectual satisfaction to be found in teaching. This has to change, and the right messages are now being sent to revitalise mathematics and science at this level.

The Department for Business Innovation and Skills (BIS) has also set up expert groups to address issues relating to the knowledge and skills supply chain, and recognises that schoolchildren need to be 'stretched' more if the UK is to perform competitively in the future. Besides having the right curriculum and assessment processes, school ethos and leadership are also seen as important components. This has to be placed within the wider context of the need to raise the level of scientific literacy throughout the population.

The RSC's campaign on standards has had the added benefit of attracting industrial organisations that want to fund collaborative projects in chemical education, and this can only enhance the outcomes of what we see as a period of rapid change.