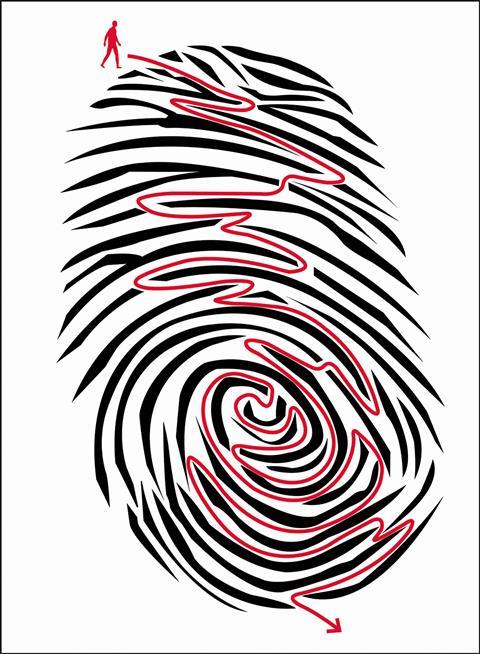 During the Covid-19 pandemic, politicians and policy makers have played fast and loose with ‘the science’: it has played the role of god and scapegoat. ‘The science’ is simultaneously authoritative enough to justify sweeping changes, but fallible enough to blame when people suffer.

Students have been affected by what has taken place over the last few months both conceptually and emotionally. Science in schools is typically authoritative, and brushes the post-modern, post-truth challenge under the rug. But students will have internalised the challenges to this view, which have dominated national dialogue.

We often expect students to accept scientific tenets based on flimsy evidence. We might use a single demonstration or experiment to prove a particular idea is correct or true. Students are offered a very limited range of empirical evidence for the theoretical ideas they are expected to learn. For example, when studying equilibria students may observe demonstrations of copper or cobalt complexes changing colour at different temperatures or on addition of conc. HCl and water, heating and cooling NH4Cl, and adding water to anhydrous CuSO4. Although these empirical observations help students to conceptualise and remember the phenomenon, they hardly provide convincing evidence for le Chatelier’s principle. In short, we expect students to accept new theoretical ideas on the basis of evidence that no practising chemist would accept.

In response to questions about whether world governments were responding quickly enough to ‘the science’, phrases like ‘acting on the best available evidence’ have become political soundbites. The ability to evaluate evidence and judge when something has reached the tipping point such that action must be taken is a key aspect of scientific literacy. And this ability requires a completely different attitude to the authority of science to our typical classroom practice.

So how can we equip our students to deal with complex issues of limited and conflicting evidence?

Scientific advisors and policy makers are expected to make recommendations on the basis of disconnected data and limited results, but they do this by looking at the field holistically to evaluate overarching claims. In this activity, students evaluate whether we should believe in the reactivity series on the basis of practical work and demonstrations.

A worksheet evaluating the evidence for the reactivity series and accompanying teacher notes from the Education in Chemistry website: rsc.li/2CPYBJF

To succeed, students are required to recall the demonstrations and practical work, compare them to each other in terms of their validity and reliability, relate these clearly to the key theoretical idea for the topic, and engage in metacognitive thinking about the status of the idea. This framework can be adapted for almost any theoretical construct, eg electronic structure at A-level.

Try these four approaches to reasoning. They’re all short and easy to do in class on any topic.

Over the last 50 years, philosophers have deconstructed science to the status of socially constructed, fallible and post-truth. But Bruno Latour, a leading thinker in this school, on realising that his arguments were being taken by conservatives to oppose acting on evidence for climate change, wanted us to understand that these concerns don’t mean we shouldn’t act on scientific findings. Science may be fallible, but it’s the best we’ve got.

We want students to grasp that action may well be required before evidence is ‘conclusive’, as in the case of climate change in the 1980s or Covid-19 in 2020. Equally, evidence for a policy may appear to be strong, eg intelligence testing showing lower IQs for ethnic minorities in the early 1900s, but bias in data collection invalidates the conclusions.

If we shy away from these debates because they are nuanced, complicated or politically charged, we do our students a disservice. If, however, we give students the tools to engage critically with scientific evidence, we will make them better scientists and better citizens.