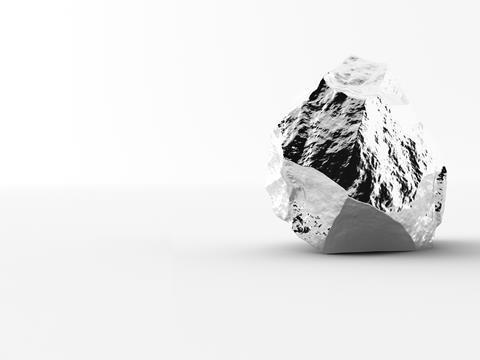 Aluminium, found mostly in aluminosilicate rocks and clays, is the third most abundant element in the Earth's crust. At 8.1 per cent Al follows oxygen (46.6 per cent) and silicon (27.7 per cent). Despite this, aluminium was once as expensive as silver, mainly because it was so difficult to extract. A reflection of its value is evidenced by the fact that Louis Napoleon, the Emperor of France, 1848-70, had a state dinner service and a ceremonial helmet made from aluminium.

At this time, aluminium was extracted from its ores by heating aluminium chloride with potassium or sodium - costly and difficult processes. These metals are required in the extraction process because they are among the few metals which will displace aluminium from its compounds. Aluminium appears unreactive because an oxide layer is formed on its surface, but is high in the reactivity series of metals.

Nowadays, aluminium is a relatively cheap metal to extract thanks to a process of extraction in which molten aluminium is electrolysed. In 1886, the Hall-Héroult process, which involved the electrolysis of molten aluminium, was developed almost simultaneously by the US chemist Charles Martin Hall and the Frenchman Paul Héroult.

The Hall-Héroult process is the basis of the present-day industrial extraction of aluminium.