Chemistry Technician of the Year awards 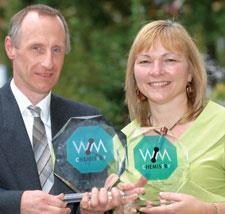 In September, the West Midlands Chemistry Technician of the Year awards were held at Aston University as part of the British Science Festival.

RSC President David Phillips presented the awards and spoke on the importance of technicians in supporting the chemical sciences. The RSC are now looking at the results of this pilot project and whether the initiative could be successful on a wider scale.