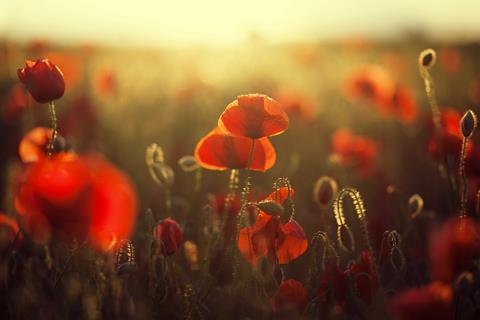 The simple conversion of an alcohol or phenol into its acetyl (ethanoyl) derivative can have major implications for its biological activity. Probably the best known example is provided by the conversion of morphine into its diethanoate derivative heroin, with a resultant boost to not only the analgesic potency but also the addictive potential. The simplicity of this chemistry ensures that there is a lucrative living to be made turning the raw opium from the poppy fields of Afghanistan into heroin for the streets of almost anywhere in the world.

A more subtle use of acetylation is seen in the control of gene expression (activity) brought about by the enzymes histone acetyltransferases (HATs) and histone deacetylases (HDACs). One of the undoubted miracles of life is that the entire two-metre long human genome can adopt a more relaxed structure to allow the genes to act as a blueprint for the production of messenger-RNA and ultimately new enzymes and other proteins (ie ranscription).

The basic units of the genome are the nucleosomes which comprise about 150 nucleotide base pairs and these are wound around proteins called histones held together in octameric bundles. The remodelling of this aggregate of histones and DNA is a key controlling process that determines whether the gene will be transcribed (with production of m-RNA). The histone proteins have many terminal lysine NH2 groups and these are the target for the HATs which catalyse the transfer of an ethanoyl group, and the resultant N-acetyl derivatives are then the substrates for the HDACs, which hydrolytically remove the ethanoyl groups.

The opposing activities of these enzymes exert an exquisite control over the remodelling of the structure of DNA which can be explained by the differing polarities of the N-acetyl and free NH2 groups. Acetylation neutralises the positive charge on the N atom and this will weaken the interactions between the -NH3+ groups and the negatively charged DNA.

There is much contemporary interest in the HDACs especially since these enzymes are known to be over-produced in many cancers, including those of breast, prostate, colon, and stomach. Several simple molecules have been shown to act as inhibitors of HDACs and these include sodium butanoate, many hydroxamates eg SAHA (suberoylanilide hydroxamic acid, 1), and the more complex natural product trichostatin A (2).

The hydroxamate SAHA is probably the closest to entering clinical use, and has completed phase I and phase II clinical trials as a potential anticancer agent. The hydroxamate group probably coordinates to a zinc ion at the active site of the HDAC enzyme while the hydrophobic carbon chain and the hydrophobic terminal benzene ring appear to block access of the histones to the active site. These HDAC inhibitors have considerable potential as anticancer agents since they not only interfere with gene transcription and thus disrupt the cell cycle and cell differentiation, but they also appear to disrupt the normal blood supply to cancer cells so should also prevent tumour growth.

These are exciting molecules and we will be hearing a lot more about these compounds in the next few years.