With the consultation period lasting just six weeks, Parliament's education watchdog was looking for answers to a string of questions quickly.

What are the implications of the Bologna Process for the UK HE sector? What are the implications of a three-cycle system for UK one-year masters programmes and short undergraduate courses? What is the level of awareness and engagement of UK universities in the Bologna Process? What is the broader impact of a more standardised HE system across Europe, in particular what are the consequences for the UK's position in the global market for HE?

These questions formed the basis of a formal inquiry by the House of Commons Education and Skills Select Committee on the Bologna Process, published in November. The committee also sought feedback on quality assurance systems in Europe, the possibility of implementing a European Credit Transfer System (ECTS) with a focus on learning outcomes and competencies, and degree classification reforms in light of Bologna. 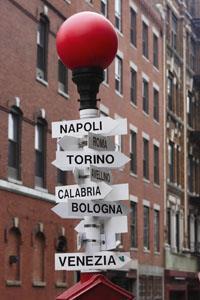 Will UK Government stand by its Bologna Declaration?

The committee is expected to report back to Parliament in time for the next biannual meeting of the Bologna ministers, in London in June. On the agenda for this meeting are doctoral studies and the external implications of the reformed European framework of qualifications.

Eight years ago, along with 28 other European countries, the UK Government signed the Bologna Declaration, signifying a willingness to develop and cooperate in a European Higher Education Area. In Bologna, the education ministers agreed that by 2010 there would be a common structure of HE systems across Europe, and later agreed that this would be based on three cycles - undergraduate, masters, and doctoral programmes.

The qualifications of the first two cycles at least, will be defined in terms of ECTS credits - the chemistry Eurobachelor, for example, is based on 180 credits, and most European countries have legislated for a 120 at masters level. Doctoral programmes, as yet, have not been assigned credits. In 1999, the education ministers also agreed that by 2010, university qualifications across Europe would be transparent to employers and comparable, which would enhance student mobility across Europe and increase the attractiveness of European HE worldwide.

The HE structures of the majority of the now 45 European countries signed up to Bologna, have the three-cycle system in place or are working towards this goal, including Germany, France, Italy and Scandinavia. In contrast, the UK hasn't witnessed the same commitment from Government to endorse the Bologna Process. The feedback to this inquiry might give the Government the push it needs to face up to the declaration it signed in 1999, and perhaps more importantly, according to the Royal Society of Chemistry (RSC), reap the benefits of reform that are evident elsewhere in Europe.

In its response to the Bologna inquiry, the RSC reiterates its support for the three-cycle system. According to the RSC, chemistry-based education in the UK requires:

RSC's, head of education, Tony Ashmore, told Education in Chemistry, 'There is reasonable evidence that multinational-based employers are becoming more aware of the differences and similarities between education systems in Europe, which will cause them to ask questions about standards in term of outcomes and competencies. Some of the major UK pharmaceutical companies, for example, are recruiting masters graduates increasingly from continental Europe. This is not because our students are less able, but the system under which UK universities function makes it very difficult for them to provide a comparable experience up to masters level. It is difficult for an English university offering a four-year MChem to provide the depth and breadth of experience, especially in terms of research, that a continental European university can offer in five years. There is evidence that UK graduates have difficulty in getting direct entry into PhD programmes in Germany, for example'.

According to Ashmore, there is a growing minority of UK university chemists that see the benefits in adopting the three-cycle approach but they are unable to do so because they don't feel that as a department they can go it alone in their institution, nor do they feel that chemistry as a discipline can go it alone within the university system. There are constraints, too, on funding which prevent universities adopting the three-cycle system. So, if the Bologna Process is to make its mark on UK higher education, the Government will have to provide the means - not necessarily legislation - for universities to move in this direction. Ashmore added, 'The Government needs to acknowledge that it signed up to the Bologna Declaration, and that it sees merit in the process and merit in change. If Government made these signals, and provided the funding mechanism to enable it to happen then universities would have much more confidence in taking steps forward'.